From Aeon: “‘What prepares men for totalitarian domination in the non-totalitarian world is the fact that loneliness, once a borderline experience usually suffered in certain marginal social conditions like old age, has become an everyday experience of the ever-growing masses of our century.’ – From The Origins of Totalitarianism (1951) by Hannah Arendt

. . . Organised loneliness, bred from ideology, leads to tyrannical thought, and destroys a person’s ability to distinguish between fact and fiction – to make judgments. In loneliness, one is unable to carry on a conversation with oneself, because one’s ability to think is compromised. Ideological thinking turns us away from the world of lived experience, starves the imagination, denies plurality, and destroys the space between men that allows them to relate to one another in meaningful ways. And once ideological thinking has taken root, experience and reality no longer bear upon thinking. Instead, experience conforms to ideology in thinking. Which is why when Arendt talks about loneliness, she is not just talking about the affective experience of loneliness: she is talking about a way of thinking. Loneliness arises when thought is divorced from reality, when the common world has been replaced by the tyranny of coercive logical demands.

We think from experience, and when we no longer have new experiences in the world to think from, we lose the standards of thought that guide us in thinking about the world. And when one submits to the self-compulsion of ideological thinking, one surrenders one’s inner freedom to think. It is this submission to the force of logical deduction that ‘prepares each individual in his lonely isolation against all others’ for tyranny. Free movement in thinking is replaced by the propulsive, singular current of ideological thought.” 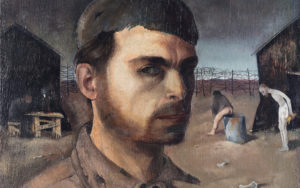