From InDepthNH: “The longstanding problem of people suffering from a mental health crisis being boarded in hospital emergency rooms for days and weeks because there’s no room in the state’s psychiatric facility was taken up by the [New Hampshire] state Supreme Court on Thursday.

At issue is whether patients involved in the involuntary emergency admissions process have their right to due process while waiting for a psychiatric bed at a designated receiving facility to open up.

One justice called the practice of holding people without a required hearing after three days ‘Kafkaesque.’ The case arose from the state’s appeal of the case involving Jane Doe who was held against her will for 17 days in an emergency room.” 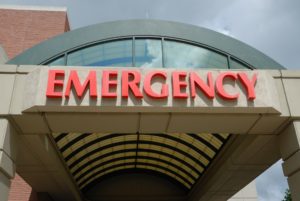