From NBC News: “In early March last year, just one week before the declaration of the Covid-19 pandemic, the Food and Drug Administration took the rare step of banning the device, finding that the significant risk of harm outweighed any medical benefit it could bring. It is only the third such ban in the agency’s history.

It seemed like the culmination of a decades-long battle between disability rights activists, former residents and the state of Massachusetts on one side — pushing to stop the use of the device or shut the school down altogether — and the center and its supporters, many of them parents who say the school, and the shock device, saved their children’s lives.

The ban should have meant victory for those fighting the school, but more than a year later, it hasn’t actually changed anything. Due to court battles and the pandemic, none of the 55 residents currently approved for treatment with the device will be required to transition off it until further legal decisions. If past litigation over the school’s use of the GED [graduated electronic decelerator] is any indication, that could be years.” 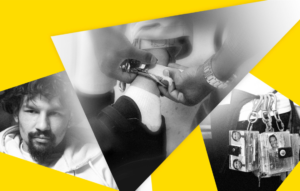