From IIPDW: “In this open letter, the International Institute for Psychiatric Drug Withdrawal requests, for the second time, that NICE reverse its decision to exclude antipsychotic medications from the scope of the guidelines currently being written for ‘Medicines Associated with Dependence or Withdrawal Symptoms: Safe Prescribing and Withdrawal Management for Adults.’

. . . Antipsychotic withdrawal has been repeatedly described in the scientific literature since the 1970s. A range of rationales has been deployed, for nearly half a century now, to avoid taking action to safeguard the safety of the patients involved and to guide the doctors trying to help them.” 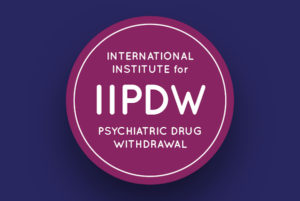