From PIX11: “A pilot program that has kept NYPD officers away from many mental health crisis calls in parts of Manhattan will expand to every precinct citywide, Mayor Bill de Blasio announced on Monday.

‘We’re now convinced that this approach is going to work citywide,’ de Blasio said of the program during a budget briefing on Monday. ‘So, for mental health crisis calls, we’re going to take that civilian approach and use it in all precincts in the city in the course of the upcoming fiscal year.’

One in five New Yorkers struggle with ‘mental illness,’ and 154,000 calls for help with mental illness came in to 911 dispatchers last year alone.” 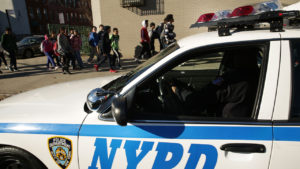