From BJGP Life: “I write as an individual severely impacted by withdrawal after tapering an antidepressant too fast in 2017. The resulting symptoms triggered the most frightening, gruelling, debilitating, and lonely experience of my life. One of the major problems I encountered was the repeated denial of this issue by GPs and psychiatrists. It left me in a perilous state with an overwhelming feeling of not being able to find the right help or support.

. . . Recent research concluded that over half of people coming off antidepressants will suffer withdrawal symptoms, of which one in two cases will be severe. This suggests that antidepressant withdrawal is likely to be something that GPs frequently see in their practice.

. . . However, when healthcare services fail to recognise [symptoms of withdrawal] or misdiagnose them as a recurrence of previous distress, functional neurological (FND), or even medicinally unexplained (MUS) symptoms, many patients seek support elsewhere. Most commonly this support is provided by online withdrawal support communities on dedicated websites and, now increasingly commonly, in private Facebook groups.” 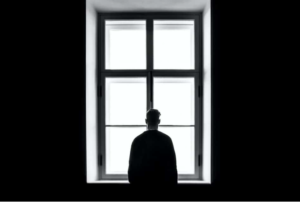