From MindFreedom: “MindFreedom International—a multi-affiliate human rights organization of people with psychiatric diagnoses, which has consultative status with the United Nations and helped craft the UN’s Convention on the Rights of Persons with Disabilities—has launched a campaign to prevent the continued use of forced electroshock (also known as electroconvulsive treatment, or ECT) on a 22-year-old Minneapolis man.

Charles Helmer was discharged on March 22, 2021, from Fairview Riverside Psychiatric Clinic at the University of Minnesota and court-ordered to live in a group home and to report every other week for forced electroshock. This is in spite of his own—and his mother’s—efforts to prevent it. He was force-shocked on March 26 and, unless the advocacy campaign is successful, he will be force-shocked on April 9 and every two weeks afterwards.

‘No matter what the circumstances, forced shock is unacceptable. It is torture,’ says Ron Bassman, Ph.D., executive director of MindFreedom International (MFI). ‘No one deserves to lose their autonomy under the guise of ‘helpful’ psychiatric treatment.’

. . . The MindFreedom campaign has resulted in hundreds of letters and emails to Dr. Craig Vine of ‘M’ Health Fairview Mental Health and Addiction Services, the Minnesota Ombudsman for Mental Health and Developmental Disabilities, Governor Tim Walz, Lt. Gov. Peggy Flanagan, and the Minnesota Daily and Star Tribune. But there has been no satisfactory response, a MindFreedom representative said.”

For instructions on how to help, see: ALERT: PROTECT CHARLES HELMER FROM ONGOING, FORCED ELECTRO-SHOCK IN MN 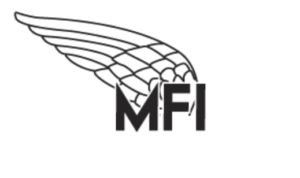