From Psychiatric Times/Conversations in Critical Psychiatry: Awais Aftab interviews Lithuanian psychiatrist and human rights advocate Dr. Dainius Pūras, who served as the United Nations Special Rapporteur on the right of everyone to the enjoyment of the highest attainable standard of health from 2014 to 2020.

Pūras: “The most worrying feature of psychiatry is that the leadership, under influence of hard-liners, tends to label those experts who blow the whistle and critically address the status quo as anti-psychiatrists. We know from many painful chapters in the history of psychiatry and medicine what happens with discoveries in biomedicine when they are disconnected from values and undermine human rights. They can become dangerous and harmful. And if influential psychiatrists continue to repeat that values are not a priority in mental healthcare, we should not be surprised that global mental health and global psychiatry is facing a crisis, which to a large extent is a moral crisis, or a crisis of values.

. . . Coercive practices are so widely used that they seem to be unavoidable, but I suggest turning our thinking and action the other way around. Let us assume that each case of using nonconsensual measures is a sign of systemic failure, and that our common goal is to liberate global mental healthcare from coercive practices. We should search, with concerted efforts, for creative ways to replace substitute decision-making with support according to an individual’s will and preferences. And this applies to all individuals with psychosis. If we do not move in this direction, arguments for coercion will continue to be used, and misused.

. . . I think that not only mental health, but also physical health should be reasonably de-medicalized. Excessive biomedicalization, with some tendencies towards new eugenics, is threatening the entire health sector and health care systems. Psychiatry and mental health are in a good position to remind the rest of the medical world that medicine is actually a social science, a sentiment expressed famously by Rudolf Virchow, MD.

. . . the rise of movements of users and ex-users of mental health services is one of most impressive and promising signs of change in global mental health. I would compare their activism with activists who were fighting and continue to fight for the rights of women or for the rights of people of color. Individuals with psychosocial disabilities are discriminated against globally, and they are discriminated within and beyond mental health services. I think that the time has come to end this discrimination and to support this group that has been oppressed for so many years and in so many brutal ways. To a large extent, they continue to be discriminated against within mental health systems, because both laws and practices have created huge power asymmetries between providers and users of services. What is often called the radicalism of the movement is that they insist on ending this legacy of discrimination. Psychiatry has not yet seriously addressed this request. As has happened in the rest of medicine, psychiatry should agree that the time has come for partnership and collaborative relationships between 2 groups of experts: professionals and experts by their lived experience. This partnership should replace the outdated paternalistic view that the psychiatrist is the expert who knows what is best for the patient.

. . . during my travels, I met individuals who use or have used mental health services and who shared their personal experience. The most impressive and painful testimonies were the ones I heard from women, and they often had very similar stories, despite being from very different regions. Usually, the story is that the woman is brought by relatives to see a specialist because of some mental health condition, and at some point she starts to realize that she is alone among strangers, and she starts to insist on going home. But then she is told that the decision has been made that she needs inpatient treatment for her mental health issue. And then, after her desperate attempts to disagree, she is subjected to involuntary measures. When subjected to restraints, she feels the same way she felt when she was raped 1 or 5 or 10 years ago. And then some of these women would implore me, please tell the psychiatrists and other staff in psychiatric facilities to stop doing this.

And so, quite often, during numerous meetings with representatives of psychiatry, I would share this story. Reactions were different. Some would take this seriously. But the reaction of many professionals, including academic psychiatrists, was that we should not take what psychiatric patients are saying seriously, and that the intentions of involuntary measures are always good, so it is wrong to see parallels between them and rape. If such a willingness to discount the feelings and testimonies is widespread, I cannot help but think that psychiatry is really in a serious crisis.” 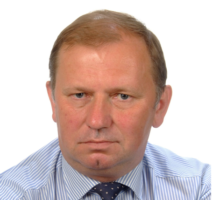