From France 24: “‘The state of French psychiatry is catastrophic,’ Marie-José Durieux, a children’s psychiatrist at a Paris hospital, says bluntly. It’s a diagnosis shared by many others in her profession, and one reason why the French government held a two-day conference on mental health and psychiatry this week with industry professionals (l’Assises de la santé mentale et de la psychiatrie) in an attempt to rejuvenate a failing branch of the French medical establishment.

‘Just 30 years ago, psychiatry was practised with a lot of interest and excitement,’ Durieux says. ‘We associated psychiatry with imaginative sciences like philosophy, psychoanalysis, sociology and literature, and we pushed the field further.’

Then the use of drugs was introduced in the sector. ‘They’ve brought with them undeniable progress, but medication alone is not enough to solve existential problems,’ she says.

‘In the 1980s, American ways of thinking and treatment methods were adopted in France. French psychiatry, which was world-renowned, innovative and pioneering, started little by little to go downhill because of America’s influence . . . Human beings are born with a search for meaning that can’t be suppressed by an injection of antipsychotic drugs or a few anti-depressants,’ Durieux declares.” 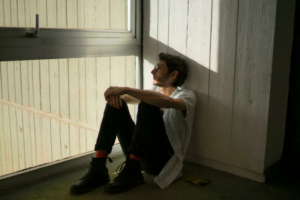