From The New Yorker: “Each year, some fifty thousand adolescents in the U.S. are sent to a constellation of residential centers—wilderness programs, boot camps, behavior-modification facilities, and religious treatment courses—that promise to combat a broad array of unwanted behaviors. There are no federal laws or agencies regulating these centers. In 2007, the U.S. Government Accountability Office found that, in the previous seventeen years, there had been thousands of allegations of abuse in the troubled-teen industry, and warned that it could not find ‘a single Web site, federal agency, or other entity that collects comprehensive nationwide data.’ The next year, George Miller, a member of Congress from California, championed the Stop Child Abuse in Residential Programs for Teens Act, which tried to create national safety standards and a system for investigating reports of abuse and neglect at the schools. But the law never passed the Senate. ‘Some schools are fraudulent in the kind of data they present to state agencies that theoretically have control over them,’ Miller told me, ‘and they are fraudulent to parents about the level of punishment they impose.’ There is a dearth of long-term mental-health-care facilities for youth, and, he said, the industry ‘off-loads a problem that the public system can’t manage.’

Versions of Miller’s bill have been introduced in Congress eight more times, but the legislation has never passed, and the basic problems with the industry remain largely unchanged. Malcolm Harsch, an attorney who is coördinating an American Bar Association committee devoted to reforming the industry, told me, ‘When programs get shut down because of allegations of abuse, they tend to disappear and then pop up again with new names, as if they were new facilities.’

Some Teen Challenge youth centers advertise themselves as places for students struggling with depression, eating disorders, and suicidal thoughts, among other ailments, but students told me they seldom had access to trained mental-health counsellors. A student named Megan, who didn’t want me to use her last name, because she feared retaliation from Teen Challenge, told me that, in 2020, her parents drove her from a psychiatric hospital directly to a Teen Challenge in Lebanon, Indiana. She had to wear an ankle monitor for two weeks. ‘I asked every person I met, “What is this place called?”‘ she said. ‘Can somebody please explain this to me?’ In a journal that she kept throughout her time there, she described meeting an adviser she’d been assigned. ‘I was asking what my treatment plan is and she laughed and said “That’s not how we work here, you cooperate with the program,”‘ Megan wrote. In frustration, she threw a water bottle across the room. As punishment, she was put on Talking Fast for a week, during which time she tried to kill herself. She began tallying the number of times students tried to cut or harm themselves. ‘Since I’ve been here,’ she wrote, ‘I’ve witnessed 13 suicide attempts not including my own.’

Some students told me that they were sent to Teen Challenge because their parents worried that they were gay. One girl said she was sent to a Teen Challenge in Disney, Oklahoma, because her family disapproved of her dating a boy who wasn’t white. Others were sent for forms of rebellion or distress that arose from childhood traumas. At a Teen Challenge in Kansas City, students were given self-improvement ‘projects.’ A student with depression was told to carry a backpack with rocks in it for several days, so that she could feel how burdened she was by the past. Another, accused of being addicted to sex, was made to wear a belt attached to a soft weight, shaped like a belly, so that she’d know what pregnancy felt like. Quade Pike, a former student at the Teen Challenge in Disney, told me that nearly a quarter of the students in his program had been adopted from foreign countries. ‘What I saw was a bunch of A.D.H.D. boys who didn’t receive love from their parents,’ he said.” 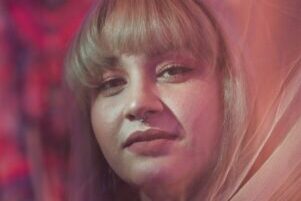