In four recent papers, researchers and journalists take on the FDA’s controversial approval of aducanumab. Their mission: to analyze what went wrong and provide suggestions to ensure that this doesn’t happen again.

Aducanumab, Biogen’s new Alzheimer’s drug, failed its clinical trials, and the FDA’s advisory committee recommended 10-0 (with one uncertain) against its approval. But the head of the FDA overruled the judgment of the expert scientists and approved the drug, prompting the resignation of three members of the committee.

But even if the clinical trials of the drug had been successful, according to researchers in JAMA, the trials excluded most people who would be given the drug.

Initially, the drug was FDA-approved for everyone with Alzheimer’s disease. After some outcry, the drug’s label was narrowed to focus on mild cognitive impairment and mild dementia. Still, this does not exclude patients with comorbid conditions or those older than age 85—both of which were exclusion criteria for the studies that the FDA claims provide evidence for the drug’s efficacy.

“Clinical trials of aducanumab used exclusion criteria that would have excluded more than 92% of Medicare beneficiaries with ADRDs and 85% of those with MCI based on their age or comorbid conditions.”

They add that the risk of dangerous adverse effects, such as vascular edema and hemorrhages, is likely larger in many groups of people excluded from the study.

This means that for the vast majority—up to 92%—of those eligible for the drug (based on the FDA’s label), the efficacy and safety of the drug have not been tested. And, according to the researchers, the drug is likely more dangerous in those populations as well. 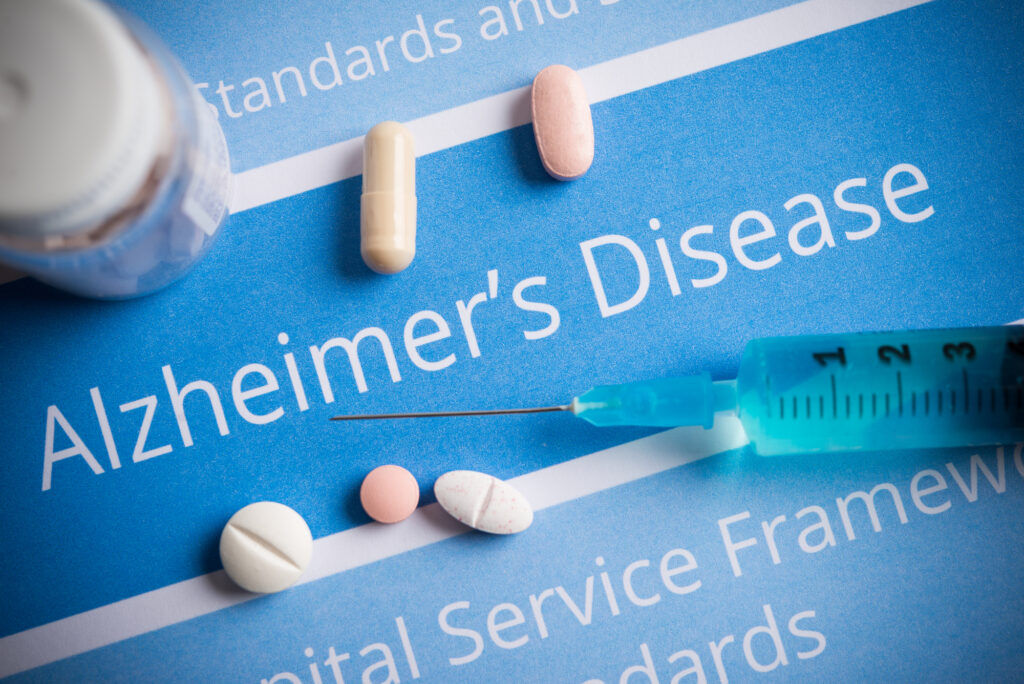 In a separate study published in Annals of Internal Medicine, researchers from Stanford worked with the FDA to examine the recent history of the FDA’s decision-making when evidence of efficacy is unclear. They found that in many cases, drugs that the agency rejected for lack of efficacy results were eventually approved despite no further evidence being provided.

“We saw multiple instances of evidential requirements changing across review cycles, and some decisions changed not with new evidence but with a change in the division considering the drug. In 2 cases, the applicant’s apprising the FDA of its own past decisions shifted the balance in favor of approval.”

The researchers suggest that the main problem here is that the FDA has no “institutional memory.” That is, every decision is made without looking for precedent. As a result, the decision-makers at the FDA don’t consider whether their current decision is consistent with previous requirements or the requirements of other divisions. In fact, according to the researchers, the FDA’s information systems make searching for related previous decisions almost impossible, and there is little to no communication between divisions.

Thus, when a drug comes up for approval, decision-makers make a subjective interpretation of the current evidence with no regard for previous decisions, sometimes not even considering the same drug’s prior application.

The researchers also note that the accelerated approval process was initially intended to be a rare exception to the FDA’s general rule requiring two statistically significant “adequate and well-controlled” studies of drug efficacy.

But instead, by 2018, 81% of all drug submissions used this pathway, which allows drugs to be approved based on a surrogate endpoint—one which doesn’t show actual clinical efficacy, but which the FDA considers “reasonably likely to predict clinical benefit.”

Two independent journalists, writing in The BMJ, looked at just this question: are surrogate endpoints an acceptable basis for the FDA’s approval decisions? Jeanne Lenzer and Shannon Brownlee write that the use of surrogate endpoints is very beneficial to the pharmaceutical industry since it allows them to market their drugs more quickly—and not even prove that they benefit patients.

But surrogate endpoints have led to the mass marketing of drugs with no proven benefit, and even, in some cases, drugs that have harmed millions of patients. For example, Lenzer and Brownlee point to lidocaine, recommended for more than a decade to prevent abnormal heart rhythms (the surrogate endpoint) in the hopes that this would correspond to fewer heart attacks and deaths. But, they write, the guidelines were changed in 1995 when an analysis found that patients who took it were actually 3.6 times more likely to die.

Proponents of the accelerated approval pathway argue that companies whose drugs are approved using it must conduct further studies to demonstrate actual clinical benefit. But, according to Lenzer and Brownlee, companies often ignore this guidance, and the FDA rarely enforces it. In fact, another BMJ investigation found that over 100 drugs approved via that pathway don’t have evidence for benefit, but only 16 have ever been withdrawn.

“Industry supports the use of surrogate endpoints, claiming it is too expensive to go back to approvals based on clinically important endpoints. The question is, too expensive for whom, Hoffman says. ‘The final economic cost of approving and using harmful drugs is actually far greater than the cost of demanding better studies at the outset.’

“Many patients are willing, if not eager, to take unproven drugs out of the belief that the FDA’s approval process ensures efficacy and safety of the drugs. Doctors are also willing to prescribe based on similar beliefs. Yet a 2016 poll—led by Aaron Kesselheim, a professor at Harvard and one of the FDA advisers who resigned in protest over the approval of aducanumab—reported that only 41 of 687 (6%) US physicians correctly answered the following question:

“For a drug to get FDA approval, it has to have: a) a statistically significant result; b) a clinically important result; c) both results; d) neither of the results.

“The correct answer is d.”

An editorial in The BMJ, written by Executive Editor Kamran Abbasi, put it even more bluntly:

“Surrogate markers rank with subgroup analyses, composite outcomes, and secondary outcomes as great deceivers in clinical trial design and reporting. Their overuse is a triumph of commercial hype, playing on the hope of a treatment that anybody with an illness will, understandably, cling to.

“The promise of drugs approved on the basis of surrogate outcomes is mostly unsupported by trials and meta-analyses that use hard clinical outcomes, such as death and disease, even when the surrogate outcome is validated. Too often, in the regulatory setting, confirmatory trials with hard outcomes are not done or done too late, and patients continue to take drugs that are ineffective or harmful.”

Finally, in an article in Nature Reviews Neurology, researchers Kathy Liu and Robert Howard of University College London explored the damage that the approval of aducanumab has done to the FDA’s watchdog reputation and to future research for Alzheimer’s treatment.

According to Liu and Howard, Biogen promoted its drug as effective long before any clinical trial data saw the light of day. Biogen also poured money into patient groups like the Alzheimer’s Association and UsAgainstAlzheimer’s, which promoted Biogen’s claims and helped the company argue that patients were clamoring for accelerated approval. Unfortunately, they write that the FDA caved to this pressure:

“The FDA has inadvertently been co-opted to serve the interests of special groups over the general interest of the public,” they write.

So what does this mean for future research? Liu and Howard argue that other pharmaceutical companies have learned that they do not need to demonstrate efficacy, safety, or any other positive markers for their drug. Indeed, even if the FDA’s advisory committee unanimously rejects the drug, it is still likely to be approved.

In fact, this has already happened: since the approval of aducanumab, the FDA has granted the “breakthrough therapy” designation to similar drugs. Eli Lilly has announced that they will seek accelerated approval for theirs, donanemab. Liu and Howard also write that companies whose drugs were previously rejected for having no evidence of benefit could resubmit their applications, hoping to squeeze through on the accelerated approval pathway.

Additionally, they write that the approval of these drugs with no evidence of benefit may hinder future research into drugs that could be helpful. The presence of many drugs for Alzheimer’s on the market could make patients reluctant to join clinical trials for untested drugs (and potentially end up taking a placebo).

Finally, aducanumab is also expensive—priced at $56,000 per year, per patient—and, according to Liu and Howard, this could incentivize doctors to prescribe it, despite its lack of evidence for efficacy and the potential harms:

“Under the US Medicare payment system, doctors currently receive a commission (6%) on medications they administer, which might incentivize the prescription of more expensive drugs and create a conflict of interest,” they write.

In short, they write, the FDA can no longer claim that it makes decisions based on scientific evidence, nor can it be considered a “watchdog” regulator. After all, it seems the FDA is more beholden to the pharmaceutical industry’s interests than to the public good.