From CounterPunch: “Roland Chrisjohn, lead author of Dying to Please You: Indigenous Suicide in Contemporary Canada, more effectively than anyone I know, confronts this tragic denial by mental health professionals: through their medicalizing and diseasing of sociopolitically-fueled suicidality, they are enabling suffering and increasing suicide.

. . . Thus for Chrisjohn, simple logic should inform us that ‘the “proper treatment” for the “Indian Suicide Problem” isn’t to send cheerleaders into our communities; it is the elimination of the system that is destroying our lives.’ This analysis of indigenous suicide in Canada in Dying to Please You applies to other oppressed peoples.

In the current issue of the journal Ethical Human Psychology and Psychiatry is the article ‘Farmers’ Protests, Death by Suicides, and Mental Health Systems in India: Critical Questions‘ . . . by psychologist Sudarshan Kottai . . . Kottai, like Chrisjohn, is outraged by how the majority of mental health professionals address suicide of his people: ‘Yet, the mainstream mental health discourses shut its eyes and ears toward the larger sociopolitical upstream factors that affect farmers’ plight, including suicide, reducing them merely as a mental health issue to be treated through counselling and psychopharmaceuticals.’

. . . Kottai . . . observes that even though it is now commonly known that the suffering of Indian farmers has been caused by sociopolitical factors ‘including the role of the state in promoting agrocapitalism,’ mental health professionals ‘almost always frame it as a mental health problem to be addressed by increasing access to psychopharmaceuticals.’

Mainstream mental health professionals enable oppressive structures that are responsible for causing distress. Kottai observes, ‘Here the clinician, in the name of treatment, commits double violence—misrecognizing the cause of suffering and individually “treating” the poor farmer for a political problem that requires systemic solutions. Consequently, the brain of the “maladjusted farmer” becomes the site for intervention at the expense of the pathological structures and unjust policies. The farmers’ agency to act against state oppression gets buried as they perceive themselves to be the source of their distress.’

What Can Professionals Do?

By explaining to mental health professionals and the general public that the root cause of suicide among their people is a sociopolitical one and not a brain disease, Roland Chrisjohn and Sudarshan Kottai do their part to foment rebellion against the sociopolitical status quo rather than—as most professionals do—enable it. There are other things professionals can do to help.

. . . Finally, for young mental health professionals who aspire not to be used to enable oppression, some words that energized me early in my career were from the historian Howard Zinn (in his chapter ‘The Coming Revolt of the Guards’ in A People’s History of the United States): ‘In a highly developed society, the Establishment cannot survive without the obedience and loyalty of millions of people who are given small rewards to keep the system going: the soldiers and police, teachers and ministers, administrators and social workers, technicians and production workers, doctors, lawyers. . . . They become the guards of the system, buffers between the upper and lower classes. If they stop obeying, the system falls.'” 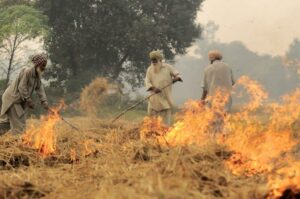