From Raised Good: “A recent study by a group at Murdoch University in Australia . . . has reignited the debate around the long-held recommendation of ignoring babies, giving them no option but to cry themselves to sleep. The practice, known as cry-it-out (CIO) or controlled crying, has been freshly examined to determine whether it has long-term effects upon mental and emotional health of children.

The authors claim their results prove the practice is safe, doesn’t cause chronic stress nor result in attachment issues later in life. In short, the study gives doctors and sleep trainers a green light to continue recommending the practice to desperate, sleep-deprived parents.

Many suggest, and I agree, the conclusions drawn and statements made in the media are grossly misleading. What concerns me most is the real aim of this study is to use science to encourage parents to carry out a practice, which a dash of common sense, humanity and thousands of years of evolutionary biology tell us is not only harmful and unkind but also dangerous.

. . . The real problem is a phenomenally unrealistic expectation about what normal infant sleep looks like combined with a culture doing very little to support new parents. Mother nature designed newborns to wake every two hours, feed, seek comfort and go back to sleep: she didn’t do this as a cruel joke to harass or torture parents. She did it to protect babies, to keep them safe as they learn how to breathe and to nurture an unshakeable connection with their ultimate protectors.

CIO has been sold to parents for over a hundred years as a necessary tool to ‘teach’ babies how to sleep. It has become ingrained as a rite of passage for new parents with well-known paediatricians asking parents of eight week old babies if they have the ‘guts’ to do it. Forgetting for a minute, that this is, excuse my French, a load of bullshit, what are the repercussions for our babies and society if we believe this misguided advice?

In the referenced study perhaps the most concerning statistic uncovered was only 58% of the six-month old babies were securely attached to their parents, and presumably vice versa. As a parent, this is unacceptable and as a member of society, it’s terrifying. What kind of a community are we shaping when even our youngest children don’t feel connected to their parents? And why are we voluntarily having babies if not to care for them in the way they need?

Babies who learn early in life that their needs don’t matter are predisposed to experiencing insecure attachment, which often leads to a myriad of negative mental and emotional outcomes. As parents, our babies are given to us as blank canvases, as clean slates. We have the responsibility to care for them in a way which encourages a rock-solid parent-child connection, in a way which protects their growing minds and in a way which honours and nourishes their innately kind souls.

It saddens me to think of the number of babies who will cry alone tonight in dark rooms. And I’m disappointed for the parents who will miss out on the soft intimacy and intense bond conscious parenting brings. If we believe the myths that babies’ cries can be ignored without consequence or they are somehow trying to manipulate us, we poison our relationship with them for the rest of our lives. Children are born innocent, craving only love, attachment and respect.

. . . I feel incredibly passionate about opposing cry-it-out not only because of the harmful aspects of the practice itself but because it is the tip of the iceberg of a multitude of disengaged parenting advice. If we can bring ourselves to ignore our most vulnerable babies, where does it end? If we harden our hearts at such an early stage of parenting, how will we engage with our teenagers when we’ve already severed our parent-child connection?” 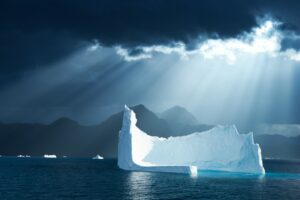