From alice-miller.com: “Since adolescence I have always wondered why people take pleasure in humiliating others. Clearly the fact that some people are sensitive to the suffering of others proves that the destructive urge is not a universal aspect of human nature. So why do some tend to solve their problems by violence while others don’t?

Philosophy failed to answer my question, and the Freudian theory of the death wish has never convinced me. It was only by closely examining the childhood histories of murderers, especially mass murderers, that I began to comprehend the roots of good and evil: not in the genes, as commonly believed, but often in the earliest days of life. Today, it is inconceivable to me that a child who comes into the world among attentive, loving and protective parents could become a predatory monster. And in the childhood of the murderers who later became dictators, I have always found a nightmarish horror, a record of continual lies and humiliation, which upon the attainment of adulthood, impelled them to acts of merciless revenge on society. These vengeful acts were always garbed in hypocritical ideologies, purporting that the dictator’s exclusive and overriding wish was the happiness of his people. In this way, he unconsciously emulated his own parents who, in earlier days, had also insisted that their blows were inflicted on the child for his own good. This belief was extremely widespread a century ago, particularly in Germany.

I found it logical that a child beaten often would quickly pick up the language of violence. For him, this language became the only effective means of communication available. Yet what I found to be logical was apparently not so to most people.

When I began to illustrate my thesis by drawing on the examples of Hitler and Stalin, when I tried to expose the social consequences of child abuse, I encountered fierce resistance. Repeatedly I was told, ‘I, too, was a battered child, but that didn’t make me a criminal.’ When I asked for details about their childhood, I was always told of a person who loved them, but was unable to protect them. Yet through his or her presence, this person gave them a notion of trust, and of love.

I call these persons helping witnesses. Dostoyevsky, for instance, had a brutal father, but a loving mother. She wasn’t strong enough to protect him from his father, but she gave him a powerful conception of love, without which his novels would have been unimaginable. Many have also been lucky enough to find later both enlightened and courageous witnesses, people who helped them to recognize the injustices they suffered, to give vent to their feelings of rage, pain and indignation at what happened to them. People who found such witnesses never became criminals.

Anyone addressing the problem of child abuse is likely to be faced with a very strange finding: it has frequently been observed that parents who abuse their children tend to mistreat and neglect them in ways resembling their own treatment as children, without any conscious memory of their own experiences. It is well known that fathers who bully their children through sexual abuse are usually unaware that they had themselves suffered the same abuse. It is mostly in therapy, even if ordered by the courts, that they discover, stupefied, their own history, and realize thereby that for years they have attempted to act out their own scenario, just to get rid of it.

How can this be explained? After studying the matter for years, it seems clear to me that information about abuse inflicted during childhood is recorded in our body cells as a sort of memory, linked to repressed anxiety. If, lacking the aid of an enlightened witness, these memories fail to break through to consciousness, they often compel the person to violent acts that reproduce the abuse suffered in childhood, which was repressed in order to survive. The aim is to avoid the fear of powerlessness before a cruel adult. This fear can be eluded momentarily by creating situations in which one plays the active role, the role of the powerful, towards a powerless person.

But this is not an easy path to rid oneself of unconscious fears. And this is why the offence is ceaselessly repeated. A steady stream of new victims must be found, as recently demonstrated by the paedophile scandals in Belgium. To his dying day, Hitler was convinced that only the death of every single Jew could shield him from the fearful and daily memory of his brutal father . . . the case of Hitler shows that hatred and fear cannot be resolved through power, even absolute power, as long as the hatred is transferred to scapegoats. On the contrary, if the true cause of the hatred is identified, is experienced with the feelings that accompany this recognition, blind hatred of innocent victims can be dispelled. Sex criminals stop their depredations if they manage to overcome their amnesia and mourn their tragic fate, thanks to the empathy of an enlightened witness. Old wounds can be healed if exposed to the light of day. But they cannot be repudiated by revenge.

. . . For this process to succeed, the adult who has grown up without helping witnesses in his childhood needs the support of enlightened witnesses, people who have understood and recognized the consequences of child abuse. In an informed society, adolescents can learn to verbalize their truth and to discover themselves in their own story. They will not need to avenge themselves violently for their wounds, or to poison their systems with drugs, if they have the luck to talk to others about their early experiences, and succeed in grasping the naked truth of their own tragedy. To do this, they need assistance from persons aware of the dynamics of child abuse, who can help them address their feelings seriously, understand them and integrate them, as part of their own story, instead of avenging themselves on the innocent.” 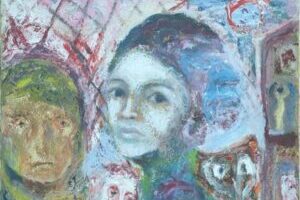