From Kindred Media: “Clinician James Clark Moloney wrote The Magic Cloak around 70 years ago, lamenting the state of mental health in the United States. Stationed in Okinawa during World War II, he was astonished at the residents’ lack of mental illness despite the horrors of war.

He noted how mistreated U.S. children were at the time, causing the types of pathologies he saw in his practice with adults. Conditioned by a frightening past, they lacked the flexible social capacities of a healthy human being. With years of providing psychotherapy, and like other psychotherapists, he emphasized the importance of guarding the inner life of the young child, fostering a sense of security.

In the book, he drew conclusions about what had gone wrong in the childhoods of his patients in contrast to the lives of children in Okinawa.

Usually, a child grows from her center, increasing her capacities and confidence. When traumatized early, subjected to existential fear, the child loses her center of gravity. A child who loses her center of gravity surrenders spontaneity and functions as an automaton. This can emerge from a special environment, as in Nazi Germany, where ‘the psychology of character dynamics’ was used deliberately to ‘Nazify’ the populace (p. 337).

. . . Moloney describes the Nazi ideology as a sign of an inner need for perfectionism, a type of megalomania, an overcompensation for a feeling of extreme inner weakness. Nazi child-raising manuals (e.g., Haarer, 1934) were about ignoring the emotional needs of the preverbal child to such a degree they would be unattached and unempathetic but also malleable by authorities later. ‘The Nazis wanted children who were tough, unemotional, and unempathetic and who had weak attachments to others, and they understood that withholding affection would support that goal’ (Kratzer, 2019).

Moloney said that practices similar to those of the Nazis were happening in America, though ‘for the most part, accidental’ rather than deliberate (p. 337).

Moloney describes the effect of such a childhood on the adult Nazi. Deeply frightened in early life, the Nazi tries to be more perfect, to make himself worthy of being loved, while at the same time hosting a desire to revolt and be himself. The Nazi neutralizes the conflict by externalizing (aggressing against others), cataloging, classifying the world to render all else perfect.

Generally speaking, unlike a well-cared-for child, a child deeply frightened by caregiver behavior may never realize the growth and mastery of self (without an intervention like therapy). The child will repress the true self. ‘To live, he dies.’ (Moloney, 1949, p. 61)

Masochism may [become] rooted here. In a religious context, the child can learn that it is a sin to assert independence—it goes against God. Yet at the same time, the social system demands: ‘Stand on your own two feet. Don’t depend on others.’ Neuroses may develop to manage the contradictions and deep fear.

To survive, Moloney argues, the child must assume a ‘magic cloak.’

‘Most individuals wear a magic cloak. This magic cloak is an assumed investiture with authority which is worn as a mantle of omnipotence. Out of fear of helplessness, in a terror-ridden world, the individual pulls about his shoulders the character of a supreme being. The cloak fits so snugly that sooner or later he becomes unable to distinguish between himself and the illusory assumption of majesty. In consequence, he becomes an actor, acting out a god’s part on the stage of life. He does not know that his is the role of an impersonator. He is unable to see through his own camouflage.’ (p. 1)

‘In these individuals, a terrifying danger threatened the self at a time when no adequate defense was provided. Subsequently, this dreadful experience becomes invaginated and consciously forgotten…This renders the individual insecure, cautious and frequently incapable of meeting new problems. He had failed before; he may fail again. Failure implies helplessness in the face of a death-threatening reality…Such helplessness demands the intervention of a powerful magic…He commences to live in a self-created world…flooded with material evolved from the memory traces of the failure.’ (p. 2)

Every magic cloak is unique to the individual, depending on such things as timing, context, and duration of the trauma. The child can take on the role of the endangerer, typically the parent, and become a perfectionist toward self and others. What kind of perfectionism is adopted will vary. For the German Nazi, Aryans who were obedient to the Nazi ideology and leader were the only ones who could be perfect.

In the authoritarian personality (which Nazi child raising promotes), according to Moloney, there are two ‘characters’: the frightened child and the frightening parent. It is better to be the frightener. When that’s not possible, self-surrender or withdrawal are the only safe paths.

‘After the process of self-surrender has become established [from an authoritarian, punishing parent], the mechanism becomes automatic and can be put into operation by the presence of any authority important to the [person]. With the advent of such an authority, the bowing and scraping commences, and the patient “acts out” with the new authority the same type of obsequious, self-debasing behavior which was promoted originally by the tyrannical and life-threatening parent…The masochist will react to the new superior as if he were a martinet [puppet]…Despite the fact that he may be correctly appraised of the other man’s character through the intellectual process, still the emotional “intellectual process,” or the emotional “thinking,” will bring about a type of ultraconformist behavior similar to that which was originally induced by the parent.’ (p. 91)

Some individuals who are particularly passive and dependent in these ways may always need a superior to subordinate themselves to, otherwise, they may destroy their self-expression drives with suicide, says Moloney.

How then did Okinawans and American mothers differ in the mid-20th century according to Moloney’s experience?

American mothers at the time were encouraged to attend to the physical but not emotional needs of the child, much like what the Nazi handbook taught (Watson, 1928). At the time, mothers were encouraged not to breastfeed, to leave infants to cry, and force them to sleep alone. They commonly punished young children for not doing whatever the parent had in mind. These parenting behaviors are still common in the USA.

In Okinawa, children were not coerced or punished but were ‘well mothered’ (p. 302). They were treated with dignity, as their own person. [These] practices align with those of our evolved nest. In the first several years, Okinawan mothers did everything they could to prevent frustration in the child.

‘He is offered the breast whenever hungry or disturbed. The latter is important, because nursing during a fear state comforts the baby, allays his anxieties, affords him a sense of security, and gives him confidence in the protective power of the mother. This is conducive to a healthy psychological maturation. During these earlier days of life, fear states, if allowed to persist, can warp emotional development. Allowed to continue in a state of fear, the child develops an aggravated apprehension of the outer world and he loses his sense of security and his confidence in the protective powers of the mother.’ (p. 302)” 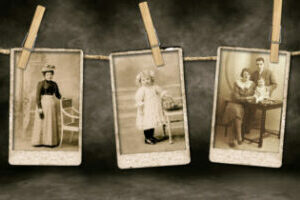