From CounterPunch: “I have been contemplating the infamous Trojan Horse whose deus-ex-machina arrival at the edge of Troy stirred wonder among the gullible citizens, only to lure them to their demise.

I think such thoughts because another mighty horse has been steered into our midst, and like Trojans we have thrown open the gates to welcome it in.

I am referring to the onslaught of wireless technologies in the form of microwave towers, satellites showering the planet with radiation, Wireless Fidelity (WiFi) ports, Wireless Interoperability for Microwave Access (WiMAX) antennas — plus all the gadgets they make possible: cordless phones, pagers, Blackberries, roving laptops, wireless water meters, satellite TV and radio, in-flight internet. I am referring as well to the electromagnetic weapons, radiation-emitting stations, surveillance instruments, and crowd-control devices military and law enforcement deploy.

And who is poised to slam the gates on this interloper? Not many. Somehow a population with DDT, Love Canal, the Dalkon Shield Intrauterine Device, asbestos, Three Mile Island, and Agent Orange under its belt is mustering up the same old psychological defenses it used to not learn from those debacles.

I made ‘somehow’ my business during the 1980s anti-nuclear movement; I studied the psyche’s means of blotting out concern for weapons build-up. I went on to research the challenges endured by survivors of health-threatening technologies and the public’s means of dismissing their suffering.

Truth is, we’re not looking at a horse of a very different color today. Those same methods the psyche used to numb against the arms race and deny the existence of asbestos workers and DES daughters are here again.” 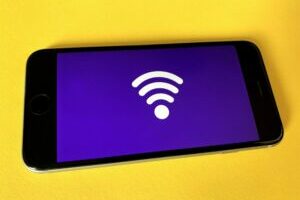