“Children who learn to play well with their peers by the age of three are likely to enjoy better mental health later in childhood, according to research from the University of Cambridge.

The study is said to be the first to establish a connection between “peer play ability” before children go to school and improved mental health at the age of seven. Researchers say it is the quality – rather than quantity – of play that matters.

The findings have prompted calls for children who are at risk of poor mental health to be given priority access to high-quality playgroups run by early years specialists to help protect against future mental health problems. 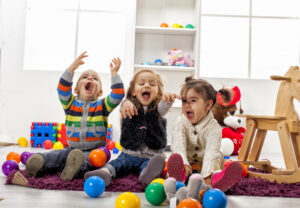