From Psyche: “Interdisciplinary research . . . is exploring how young people may feel helped or harmed by mental healthcare interactions by analysing their conversations. Recurring themes emerging from this research include not being listened to, not feeling understood or feeling dismissed. The reason being that the clinician may be trying to find an immediate solution to a clinical problem or may be trying to avoid disagreements, rather than engaging in a dialogue with the person in front of them.

In England and Wales, rates of compulsory detention for ‘mental illness’ have been rising for many years. It was in this context that the 2018 Independent Review of the Mental Health Act was conducted. Among many critical findings, it reached the (sadly unsurprising) conclusion that particular ethnic groups as well as autistic people and those with intellectual disabilities were particularly disadvantaged in these situations. A clear case for change was made as the patient’s voice was found to be ‘lost within processes that are out-of-date and can be uncaring.’ A key theme emerging from this review, based on service-user experience, was that of ‘epistemic injustice’:

Many patients report being disparaged, disbelieved or ignored and have been subject to judgmental and paternalistic behaviour from those caring for them.

‘Epistemic injustice’ is a notion borrowed from the philosophical literature and developed by Miranda Fricker. This form of injustice occurs when a person is discredited in their capacity as a person with valid knowledge, due to negative connotations linked to their social identity (this may include their gender, race, socioeconomic status, physical attributes or neurodivergent status). This notion has been applied in mental health research to describe experiences during interactions with the mental health system, such as the following by K Steslow:

What I found distressing – what threatened to erode any composure I could manage in hospital – was not the involuntary commitment, but rather the distinct feeling of being unheard. Everything I said or did was taken to be a product of my illness and categorised accordingly. I had questions and worries and thoughts and even a good deal of imagination, but I was cut off from all meaningful conversation by the veil of my ‘diagnosis,’ through which my speech and behaviours passed before doctors and nurses heard, saw, and interpreted them.

. . . societal stereotypes can exert influence without us realising . . . Here, another related concept from philosophy, termed ‘hermeneutical injustice’ may help us. This can include the harm that arises when a person attempts to reconcile their own self-understanding with a different explanation of their difficulties imposed by others. Hermeneutics is the study of interpretation, and the term is used in this context to refer to the interpretation and meaning of human experience.

These philosophical concepts have value in helping us rigorously examine what can go wrong in a communicative exchange. However, it is equally pressing to consider how best to redress the harm occurring when someone is undermined in this way (i.e., when doubt is unjustly cast on their ability to know about and interpret their experience). Phenomenology is a branch of philosophy concerned with subjective experience, and this tradition can provide a wealth of tools for re-examining our priorities in mental health. Applied to the investigation of unusual experiences (such as ‘delusions’) in mental health, phenomenology aims to understand subjective experience without preconceptions.

. . . Carers, clinicians and family members of individuals with psychosis have a challenging task in learning how to listen . . . Listening well entails perceiving others as individuals with valuable and credible knowledge of their experience, and engaging in communication that does not discount or distort what is meaningful . . . These meanings . . . are revealing the truths of people’s experience. This process has value beyond the consultation room. Perhaps the ability to bridge the divide between people with markedly different beliefs and experiences is a skill we all need to cultivate.” 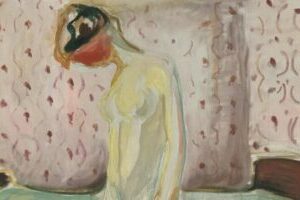