From Red Flag: “The Sydney Morning Herald recently reported that the topics of coercion and consent will be taught as part of the Australian high school curriculum. This is a positive development. The more awareness there is of the dynamics that fuel abusive behaviour, as opposed to the silence, ignorance and denial of such abuse that has been so common in the past, the better.

. . . Relationships Australia describes coercive control as ‘a pattern of behaviours used by an abuser to control their partner and create an uneven power dynamic. [It] generally involves manipulation and intimidation to make a victim scared, isolated, and dependent on the abuser.’ This pattern of behaviour can be subtle and difficult to identify, especially for those subject to it. Examples include monitoring movements, restricting independence and controlling access to money . . .

Since the #MeToo movement exploded in 2017 and laid bare the depths of sexual assault and harassment women are subject to, people have been talking more and more about the need for better education around consent and the myriad ways in which men—especially powerful men—abuse and manipulate women. It is important that people learn from an early age that consent can be coerced not just through physical violence or the threat of it, but also through manipulation, such as requests to demonstrate their love for their partner, by quashing their self-esteem or by telling them that no-one else will ever want them. A person cannot freely give their consent when they are afraid to say no.

But coercive control is not restricted to the ‘personal’ sphere in capitalist society. It is a dynamic that underpins many relationships and interactions, and in most cases is not seen as a problem. Capitalism simply couldn’t function without the idea that some people should be able to exercise total control over other people on pain of financial or social consequences. Indeed, the defining features of coercive control—controlling movement, excessive surveillance, fear and financial dependency—encapsulate many modern workplaces: just think of any Amazon distribution centre. A society that normalises such dynamics in most aspects of life is ill-equipped to eradicate them from our personal lives.

. . . The control a tiny minority exercises over property, land and resources, which is the vital premise of capitalism, requires that others be prevented from gaining such control. This frequently means outright violence is deployed to keep people in their place, but it also works by making people feel their legitimate desires and needs are transgressions that will attract harsh punishment.

. . . We see around us people being forced—either directly or indirectly—into doing things they don’t really want to do, so why would people think there is anything wrong with behaving the same way in their own relationships?

As a therapist, when I talk about coercive control with my clients, I often talk about gaslighting too. Gaslighting is a form of psychological abuse in which a victim is manipulated into doubting their own memory and sanity. Capitalism is the biggest gaslighter of them all—most people recognise that the system is unfair and brutal, but authority figures of various sorts keep telling us how great it is, how lucky we are to have a job and how free we are. The ruling class has been so good at using the techniques of gaslighting and coercive control, it is ironic at one level that they are now finally being forced to recognise it as damaging and dangerous. But using a combination of outright control and coerced consent is the only way they can maximise profits and beat down the resistance of the oppressed and exploited. This means they want awareness campaigns to go only so far.” 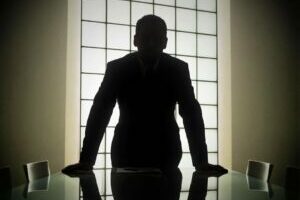