A new study conducted in Finland and published in the journal Health examines in-depth interviews of clinicians and patients diagnosed with personality disorders, paying particular attention to the discrepancies between clinician and patient regarding the generalizability of their behavior.

Through interactional research and conversation analysis, the results revealed that patients frequently contextualized their behavior as an outcome of an array of situational factors that clinicians then translated into the psychiatric language of personality traits. The findings suggest the importance of making visible the subjective practices that shape the diagnostic process in psychiatry.

“We have shown some problematic patterns in which the assumption of de-contextualized symptoms become challenged. Our observations show that patients often emphasize contextual over-generalizing factors. This explanatory model is sometimes in conflict with SCID-II, which seeks for inherent and long-lasting traits that cause certain behavior.” 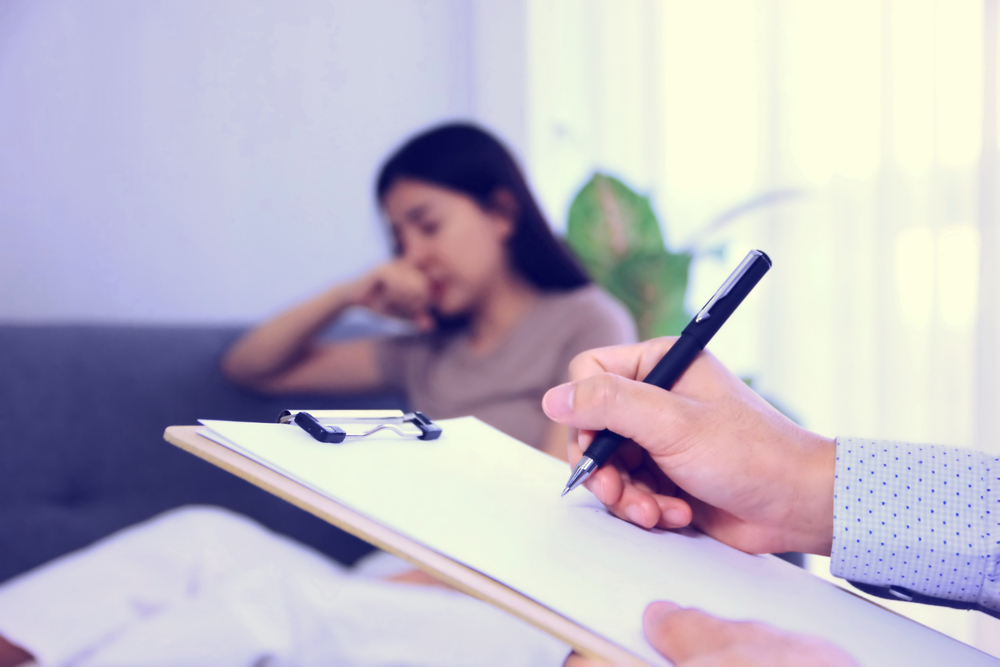 Broadly, a psychiatric interview has no formal definition but is a variant of a medical interview in which the participants create meanings for events in their lives and thus construct reality. Typically, the interviewer controls the topic by directing the discussion based on questions, silences, and redirection.

A more formal type of psychiatric interview is the Structured Clinical Interview for DSM-IV Axis II Personality Disorders, SCID-II, developed in 1997 to determine if an individual meets the criteria for a diagnosable personality disorder. This follows a set of predetermined questions but still has variability based on the interviewer’s style and is meant to be used in conjunction with “clinical judgment.”

The authors, led by Maarit Lehtinen at the University of Helsinki, highlight the difficulties of adhering to the medical framework in which the purpose of the interview is to obtain “factual” information for the diagnosis, often forcing psychiatrists to transform context-bound behavior into an intrinsic, stable trait.

Within psychiatry, there are two primary manuals for psychiatric diagnoses in western countries: the Diagnostic and Statistical Manual of Mental Disorders (DSM) and the International Statistical Classification of Disease Related to Health Problems (ICD) by the World Health Organization (WHO). Although these manuals have received much criticism, it remains the primary use for Western psychiatric diagnosis.

The idea of a disordered personality has been highly contested. Research has pointed out that among psychiatric diagnoses, which are generally contested constructs, personality disorders are especially difficult to categorize. There are known issues with construction validity, comorbidity, and etiology. Regarding borderline personality disorder, there is no clear agreement on whether it should be treated as a personality disorder or a trauma response condition. Further, an analysis of the history of antisocial personality disorder showed that terms and definitions have changed depending on the DSM committee group member’s personal influence on the decision process.

The current study analyzed ten video-recorded adult patients during a SCID-II interview conducted by a psychiatric nurse in an outpatient clinic in Finland. The method focused on using discursive psychology, which is the study of psychological issues from a participant’s perspective, as well as conversation analysis, which is an approach to studying social interaction and language. The authors argue that applying conversation analysis to the psychiatric field enables the investigation of psychiatric practices from a sociological view.

First, patients frequently made sense of their own behavior differently than SCID-II predicts and primarily considered their behaviors as an outcome of many situational factors.

Second, patients rarely straightforwardly opposed the format of the interview questions, but their responses sometimes countered the underlying assumptions of the questions.

Third, when patients excluded information about personality in explaining their behavior, they were referring to the social context.

Fourth, patients sometimes referred to acute inner states as important factors affecting their behavior for a specific context and thus did not see it as generalizable to other situations.

Similarly, patients tended to think that behavior touches only one small area of life and cannot be generalized based on that. So, for example, in many cases, they were able to come up with a context in which they behave as asked, but they would not see this as describing their overall personality.

Lastly, patients did not necessarily think of their personality as remaining stable across adulthood; rather, they might notice changes over time due to life experiences. The authors write”

“We have observed how clinicians operate within medically oriented psychiatry and thus need to isolate the patient’s conduct from the contextual variables before making their evaluations.”

While the research presented has no causal data, it provides observable insight into how a patient’s formulation becomes problematic in the SCID-II interview framework. To fit within the confines of the SCID-II interview, part of the patients’ answers must be reformulated or ignored, which manipulates the response into psychiatric language.

The authors highlight two levels of uncertainty regarding personality disorders. First, the construct itself remains in question, including the overlap between personality disorders and other psychiatric symptoms. This leads to the fundamental question of why certain personality traits are being held as disorders in our society and questioning where the line is drawn between “normal” and “pathological” personality.

Second, there is an issue with the diagnostic process, its objectivity, and the institutional underpinnings of the SCID-II interviews. Scholars have emphasized the importance of a critical understanding of psychiatric diagnosis among mental health professionals, including critical awareness of how different institutions shape the constructs of disorders and manuals, such as that of the SCID-II, and therefore the possible consequences of personality disorder diagnosis for a patient.

In closing, the authors hope that the research presented here will increase the likelihood of developing such awareness.