Awais Aftab of Psychiatric Times’ Conversations in Critical Psychiatry interviews Alaska-based lawyer Jim Gottstein, an advocate for the legal rights of individuals with mental health diagnoses, cofounder and president of the Law Project for Psychiatric Rights (PsychRights) and author of The Zyprexa Papers (Samizdat, 2021):

“The Zyprexa Papers is a fascinating story of how Gottstein obtained and shared confidential documents showing that Eli Lily executives had knowingly concealed data related to metabolic risks of Zyprexa including diabetes, downplayed risks in published data, and illegally promoted off-label use in children and the elderly. These documents led to a series of front-page stories by The New York Times in 2006, and Gottstein became the target of the ire of Eli Lilly’s army of lawyers. Gottstein provides a detailed account of the events in the book.

While it is no surprise, it is still disturbing to see how pharmaceutical companies engage in blatantly unethical practices and how they employ the legal shenanigans to avoid any meaningful accountability, and how we, as a society, repeatedly allow that to happen. It takes great courage—one might even say recklessness—on the part of lawyers and activists such as Gottstein to expose such wrongdoing at great personal risk. As David Healy has commented, ‘… everything we know about what pharma gets up to comes from legal actions in the US and a handful of lawyers like Gottstein.’ Half of the book is about Bill Bigley, whose psychiatric commitment and forced medication case enabled Gottstein (his lawyer) to subpoena the Zyprexa Papers and whose rights he defended vigorously, going all the way to the Alaska Supreme Court and resulting in landmark decisions. I left the book with a renewed sense of moral disgust directed at pharmaceutical corruption, a renewed sense of alarm at their pervasive influence and lack of meaningful public accountability, and a renewed appreciation for the legal rights of individuals with ‘mental illness.'” 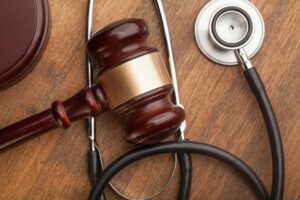