From iThrive Games: “‘Afraid.’ ‘Disturbed.’ ‘Sad.’ ‘Aware.’ These are some of the emotions that Malik, Dana, and Luisa—three of the SEED [System-Educated Expert Disrupters] designers behind Children of the Flame—want people to feel while playing it. Expanding the SEED Institute’s library of games that gives voice to their lived experiences as young people, Children of the Flame is a trauma-informed, single-player narrative game that invites players to engage with a set of characters in a meaningful and awareness-building way. All characters are young people of color who attend the same predominantly white high school and are enrolled in a METCO program there. One afternoon, all characters end up in the same detention room. The player behind the headset must figure out what led the characters to be in trouble. Clicking on each character enables the player to be transported to that character’s home, where they can explore their room and neighborhood to learn more about their life, family, and community.

Understanding the need to protect young people’s physical and psychological development, the young architects behind Children of the Flame intend for it to be educational and preventative for teenagers in middle and high school. In each character’s room—built with game development partners at FableVision Studios—SEED Designers nested opportunities for players to familiarize themselves with ACEs, supporting young people in understanding their developmental impact and influence on physical and mental health. As Luisa said, ‘having a little bit of knowledge can make a difference.’ ‘ACEs can affect anyone,’ Dana echoed. ‘Everyone can have trauma or a blocked memory that does not let them see that they also suffer from ACEs too.’

. . . Janelle Ridley, Director of the SEED Institute, sees the use of game design as a valuable method for telling stories in a resonant way that ignites action. ‘This allows other young people to tell their stories in a way that doesn’t keep them at guard,’ shares Ridley. ‘[It] is a way of having uncomfortable conversations in a manner that allows people to really grasp at the context and the content of what is actually happening.’

. . . Advocating for structural supports that will reduce the impact of ACEs, Children of the Flame is also a way for police officers, members of community organizations, school personnel, and other adult stakeholders to deepen their awareness of the need for trauma-based approaches, their understanding of trauma-informed practices, and their commitment to adopting those practices in their work. ‘Trauma-informed practices and approaches create a sense of safety and humanity for young people who are involved in systems,’ says Dr. Henderson. ‘By using trauma-informed approaches, systems can ensure that they are not re-traumatizing their young people and that they are uplifting their voices and including them in making decisions that impact them.'” 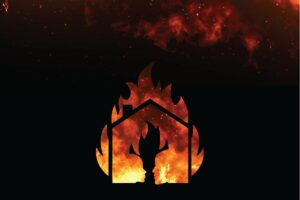