From The British Psychological Society: “Rufus May had a breakdown at 18 years of age. He was diagnosed with ‘schizophrenia,’ which resulted in three hospital admissions. Dr. May, now a Clinical Psychologist and Mental Health Trainer, tells Assistant Psychologist Fauzia Khan how his experiences in and out of the mental health system spurred him to train as a psychologist.

Can you tell me a bit about yourself and what brought you into the field of psychology?

When I was 18, I had a breakdown. It was a powerful experience and I ended up being hospitalised several times. Through my journey in the mental health system, I developed an interest in psychology. Being a patient who was seen as ‘psychotic,’ I felt as though my experiences weren’t being listened to and I didn’t think patients were being treated very well. When I was in hospital, I was treated with medication as I had strange beliefs that people didn’t understand. I was a bit lost in the inner world that I had retreated into, but there was no sense of people trying to be curious with me or trying to empathise, and I found that more challenging than the experiences I was going through. In ward reviews, I was treated almost as an object of curiosity – but this was not warm and open-minded curiosity, more as though I was a kind of specimen, which I found quite alienating . . .

What do you think needs to change?

There needs to be a re-evaluation of the value of personal experience of extreme states of mind. At times we can learn a lot from the contents of those extreme states: it can tell us a lot about what a client and their family need to heal from. My dream would be that we have a sort of recycling approach to mental health. Rather than trying to get rid of depression or voices, we instead try and understand their purpose and meaning and learn from them about what we need to heal from as a community.” 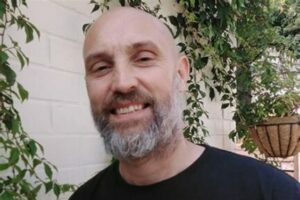