From The British Psychological Society: “Author, anthropologist and psychotherapist Dr. James Davies tells Fauzia Khan about his journey into the field of mental health and his work as co-founder of the Council for Evidence-based Psychiatry.

Some might put [poor mental health] statistics down to a lack of [funding] and/or ailing social environments.

. . . I believe our significant failure in outcomes [cannot] be primarily attributed to events and deficits in spending, but to our spending on the wrong kind of ideas and practices; on ones that have privileged the depoliticisation and commodification of our emotional pain, that have increased social and self-stigma, that have worsened long-term outcomes, that have neglected non-medical (yet effective) psycho-social alternatives, that have misdirected countless billions into bio-psychiatric research that has yielded very little of clinical value, and ones that have facilitated the over-medicalisation and unnecessary medicating of large swathes of the population, with approaching 25 per cent of UK adults now receiving a psych-drug prescription each year.

We need to repoliticise our understanding of emotional pain, and cease relying on drugs to fill the vast gaps in relational, social and community-based interventions.

And then, of course, there are the harms caused by the epistemic confusions this model has sown in the general population about the nature of emotional pain and distress; its causes, meaning and implications. The medical model broadly sees suffering as an index of internal ‘dysfunction’ (as defined by the DSM), rather than, as say, the organism’s legitimate protest against psycho, social or relational predicaments that hold us back – predicaments that our medicalised interventions were never designed to treat. In other words, the medical model is structurally and linguistically configured to dismiss the often deeply purposeful nature of emotional pain; pain whose functional meaning is revealed when you care to look deeply enough. At the very least such pain is a legitimate call to change harmful circumstances, seek accommodations, or to address unmet human needs and/or traumas yet worked through. It therefore demands care, understanding, relational and social support – not simplistic pathologisation. And yet, our services, as they are currently configured, make the medicalisation of our suffering or divergence the core precondition for receiving any care or support at all. That is wrong and must change.

. . . My most recent book, Sedated, explores the mechanisms that have enabled our medicalised system to remain dominant despite its poor outcomes.

I argue it has secured its position by becoming, since the 1980s, a handmaiden to ‘neoliberalism’ (i.e. late capitalism). The mechanisms by which it has served neoliberalism include: conceptualising human suffering in ways that protect the current economic order from criticism; redefining ‘wellbeing’ in terms that are consistent with the aims of our economy; turning behaviours and emotions that perturb or disrupt the established economic order (e.g. low worker satisfaction) into a call for more psych-interventions; and turning suffering into a market opportunity, for the purpose of increasing taxation, profits and share-value.

I don’t argue that these and other mechanisms were engineered in a calculated way, but that they arose spontaneously as our mental health sector struggled to endure and adapt under a new set of socio-economic arrangements from the 1980s onwards. I locate on-going poor outcomes, systemic failure, growing harms and public disillusionment, in our mental health sector’s servitude to neoliberalism.

. . . in the book department, I am currently exploring a number of themes. One I return to again and again is the issue of post-traumatic-depressive-etc. growth. How does that actually happen? What do we really know about it? And why is it such a threatening idea to the status quo? I’m looking forward to digging deeper and reporting on what I find.” 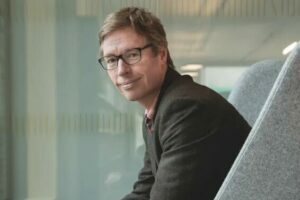