From alice-miller.com: “The striking thing about most of [the letters I receive] is the way they reflect an almost total denial of reality by the people who have written them. For an outsider, however, the facts they relate are a clear indication of this denial. These letters are almost always written from the perspective of the parents, parents who were totally unable to bear, let alone love, their children. The children’s perspective finds no expression whatsoever, except in the sufferings of the adults they have become, the physical symptoms, the bouts of depression, the thoughts of suicide, the crippling feelings of guilt. The writers of these letters constantly insist that they were never abused as children, that the only physical ‘correction’ they received was occasional slap of no consequence at all, or a kick or two they had richly deserved because they sometimes behaved abominably and got on their parents’ nerves. I am frequently assured that deep down these people were loved by their fathers and mothers, and if they were cruelly treated from time to time it was because things just got too much for their parents, who were unhappy, depressed, uninformed, or possibly even alcoholics, and all because they themselves had been deprived of love when they were young. So it is hardly surprising that these parents were quick to lose their tempers and take their unhappiness and resentment out on their children. Such behavior is readily understandable. The dearest wish of these children was to help their parents, because they loved them and felt sorry for them. But however hard they tried, they never managed to free them from their depression and make them happy.

The tormenting feelings of guilt triggered by this failure are unrelenting and implacable. What have I done wrong? These people ask themselves. Why have I failed to free my parents from their misery? I try the best I can. And it’s the same with my therapists. They tell me to enjoy the good things in life, but I can’t, and that makes me feel guilty too. They tell me to grow up, to stop seeing myself as a victim; my childhood is a thing of the past, I should turn over a new leaf and stop agonizing. They tell me not to put the blame on others; otherwise my hatred will kill me. I should forgive and forget, and live in the present; otherwise I’ll turn into a ‘borderline patient,’ whatever that is. But how can I do that? Of course I don’t want to put the blame on my parents, I love them, and I owe my life to them. They had trouble enough with me. But how can I banish my guilt feelings? They get even more overpowering when I hit my children. It’s awful, but I can’t stop doing it, it’s driving me to despair. I hate myself for this compulsive violence; I disgust myself when I fly into an uncontrollable rage. What can I do to stop it? Why must I hate myself all the time and feel guilty? Why were all those therapists unable to help me? For years I’ve been trying to follow their advice, but I still can’t manage to dispel my feelings of guilt and love myself as I should.

Let me quote my answer to a letter that contained all these elements:

‘In your first letter you said you had never been cruelly treated as a child. In this one you tell me that when you were young you were cruel to your dog because you were a naughty child. Who taught you to see things that way? The point is that no single child anywhere on earth will be cruel to his/her dog without having been severely maltreated. But there are a whole lot of people who see themselves as you do and whose guilt feelings drive them to despair. Their sole concern is not to see their parents’ guilt because they fear the punishment they would incur for putting the blame where it belongs. If my books have not helped you to understand this, there is nothing more I can do for you. You can only help yourself by no longer protecting your parents from your own justified feelings. Then you will be free of the compulsive urge to imitate them by hating yourself, blaming yourself, and describing yourself as a monster.’

How can people love themselves if the message that they were not worth loving was drummed into them at an early stage? If they were beaten black and blue to make them into a different person? If they had it impressed on them that they were a nuisance to their parents, and that nothing in the world would ever change their parents’ dislike and anger? They will believe that they are the cause of this hatred, though that is simply not true. They feel guilty, they try to become a better person, but this can never succeed because the parents take out on their own children the rage they had to suppress and hold back in their dealings with their own parents. The child was merely the butt of this rage.

Once we have realized this, we stop waiting for the love of our parents, and we know why it will never materialize. Only then can we allow ourselves to see how we were treated as children and to feel how we suffered as a result. Instead of understanding and commiserating with our parents, instead of blaming ourselves, we start taking sides with the abused child we once were. This is the moment when we start loving that child, but this love can never come about without the prior insight into the tragedy we were involved in as youngsters. This is when we stop playing down our sufferings and embark on a respectful engagement with them and with the child. The doors barring us off from our own selves suddenly swing open. But we can never open those doors just by telling someone: ‘You should love yourself.’ A person receiving such advice will be completely confounded by it as long as he/she is cut off from the knowledge of what their childhood was really like and why the truth is so painful.

My conviction is that therapy is only successful if it can change this perspective and the thought-patterns connected with it. People who genuinely succeed in feeling how they suffered from their parents’ behavior as a child will usually lose their empathy for their parents and gain love for themselves. They will train their affections on the children they once were. But for this change of perspective to succeed, we need a witness who sides fully with the child and does not hesitate to condemn the deeds of its parents. The FAQ list (see ‘Articles’ on this Web page) can help to establish whether the therapist is in a position to do that. I believe that therapists who identify with the parents can be dangerous. But genuine Enlightened Witnesses can help us to abandon denial and face up to our own past, so that we can finally leave it behind without feelings of guilt.” 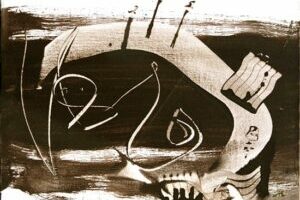