New qualitative research highlights the mistreatment and criminalization of young Black men in Canada during involuntary treatment for first-episode psychosis.

The study, published in the Journal of Black Psychology, illuminates young Black men’s experiences of abuse and dismissal by police officers and mental health professionals, leading to confusion and loneliness and contributing to their mistrust of mental health treatment.

Coercive interventions—the use of force in the context of treatment, such as involuntary hospitalization, seclusion, and physical and chemical restraints—are part of routine practice in psychiatric care.

Existing research demonstrates that Black patients in the US and Canada are at greater risk of experiencing involuntary psychiatric treatment. Previous research highlights the heightened likelihood of coercive treatment experienced by Black youth with first-episode psychosis (FEP) in particular:

“Findings in the United States and the United Kingdom reported that Black youth experiencing first-episode psychosis were at greater risk for involuntary admission,” write the authors, led by Sommer Knight at McGill University.

“Black FEP patients reported greater police involvement, scored significantly higher on hallucinatory and hostility measures, and were more likely to be referred by police or ambulance referral than other patient groups.” 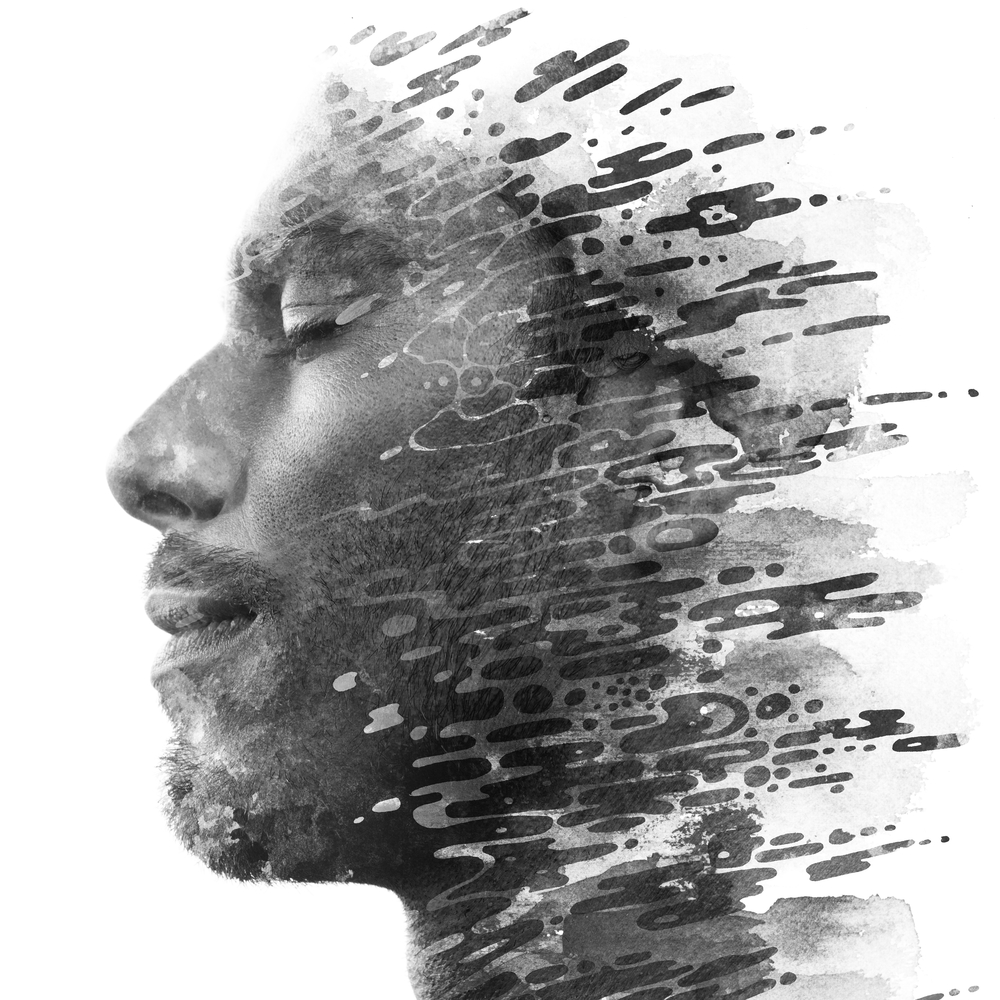 Despite this, limited research has been done on the lived experiences of young Black people with FEP in Canada. The authors of the present study, led by clinical psychology doctoral student Sommer Knight, set out to fill this gap in the literature.

They conducted semi-structured interviews with young Black men engaged in FEP care in Canada to understand better: 1) patients’ experiences of coercive interventions and 2) how these experiences have influenced their help-seeking behaviors.

Young men were chosen as the population of interest for the present study, given their higher incidence rates of FEP and coercive treatment in psychiatric settings (as compared to women). A total of 5 Black, Canadian English-speaking male patients receiving services at an FEP program in Montreal were recruited for the study. Knight, a Black clinical psychology student and researcher interviewed participants in person between January 2020 and March 2020 at the FEP clinic where participants were undergoing treatment. While the original study design included 10 participants, recruitment was prematurely halted due to the onset of the COVID-19 pandemic.

Interview questions took a person-centered and open-ended approach to elicit participants to share personalized narratives about their experience being admitted to the FEP program, as well as their perceptions of the care they received and how their identity (e.g., race, age, gender) impacted their treatment. Lastly, participants were asked about their attitudes toward mental health services and their ideas for improving outpatient treatment programs. Interview transcripts and field notes were analyzed using Interpretative Phenomenological Analysis (IPA). Themes were defined as “core” if they were present in 4-5 of the participant interviews and “additional” if they were present in 3 or fewer interviews.

Core themes that emerged from the interviews were: a sense of confusion, forced medication, feelings of loneliness, and police contact.

The first core theme that emerged from the interviews was a sense of confusion. All participants described not understanding what was happening to them during their initial hospitalization, during which their illness and the medications they were given were not explained to them:

“Participant 4 stated, ‘It was very confusing because I didn’t know what that [medication] means. Even now, I don’t know what it means.’”

All participants described being forcibly injected with intramuscular injections or given oral antipsychotic medications and expressed negative beliefs and fears regarding the medications. For example, one participant shared that he feared the medication would make him feel worse, and another participant thought it could fundamentally alter his identity. In addition, participants explained how the lack of communication from professionals regarding their medication decisions exacerbated their sense of confusion and made them feel out of control.

All participants in the study reported feelings of loneliness related to a lack of familial support during treatment and to their diagnosis of schizophrenia, making them feel “different” from others. One participant who identified as Caribbean cited stigma in his family and community as a reason for not telling them about his diagnosis. While one participant did report having a supportive network of friends and family, he still articulated a persistent feeling of isolation from others:

“I feel like I’m different, as my doctor put it…I have different moods than my surroundings, my friends, or my family or something. I know there’s something different, but I just try to not to think about it too much.”

All participants described negative experiences with forcible transport to the hospital via police, ambulance, or court order. For example, participant 4 reported being tasered and physically hit by a police car while he was experiencing an episode of psychosis:

“The police told me to drop the knife, but I didn’t realize what was happening. The situation escalated very quickly, and I end up walking, and the police just hit me with the car, and I dropped the knife at that moment, and they handcuffed me.”

Other participants described family members or schools calling 911 and being taken to the hospital by police or ambulances.

Four additional themes identified by the researchers were: discrimination and prejudice, feeling unheard; mistrust; and feeling powerless. Participants described experiences of racism in their interactions with authorities, friends, and community members.

Additionally, multiple participants compared their experiences in a psychiatric hospital to being in jail or expressed that they believed jail would be the natural endpoint to their hospitalization:

Some FEP patients reported feeling a sense of betrayal by physicians who forced them to be hospitalized, as well as a general sense of mistrust regarding psychiatric care:

“I don’t know; at the core of everything, I really don’t trust being in a hospital. Because of the forced treatment and all these things, being poked with needles and still going on, it just feels like an invasion sometimes.”

Participants also reported feelings of powerlessness due to the involuntary or court-ordered nature of their treatment. For one participant, powerlessness was also related to his inability to fulfill family roles and responsibilities while in the hospital, among other reasons.

To address the second study objective, researchers asked participants about how their experiences with coercive treatment influenced their attitudes toward mental health services and their help-seeking behaviors. Responses among the 5 participants varied. Participants 1 and 3 reported a lack of willingness to engage in mental health services due to their experiences with police contact and feeling unheard to date in clinical settings. However, participants 2, 4, and 5 expressed an openness towards engagement in future psychiatric services because they had experienced a reduction in their psychotic symptoms as a result of treatment.

Researchers point to how the present qualitative findings support existing theoretical frameworks of coercion: FEP patients who are involuntarily admitted to treatment are “deemed unable to make sane decisions” from the outset and, therefore, are more vulnerable to coercive interventions throughout their experience in treatment.

Qualitative findings illustrate participants’ sense of confusion and loneliness and lack of autonomy during treatment. In addition, results point to the urgent need for professionals to take more time to listen to their patients and to fully explain their diagnoses and treatment recommendations before prescribing medications.

The authors further situate their qualitative findings in the context of ongoing systemic racism and police brutality towards the Black community in the US and Canada. Multiple recent murders of Black men with mental illness by Canadian police (e.g., the case of D’Andre Campbell) highlight the ongoing, dangerous impact that racism on Black men with FEP:

“These tragic examples, among others, suggest that there may be enduring stereotypes or racial bias in which Black people, particularly Black men, are deemed more dangerous than members of other ethnic-racial groups… Those diagnosed with severe mental illness are often seen as a public threat… thus, the intersection of race, gender, and mental illness may place Black FEP men at greater risk for coercive measures.”

Researchers call on mental health professionals to increase their awareness of this systemic racism, as well as of the overdiagnosis of Black people with psychotic disorders, and to recognize how these structural injustices shape their interactions with Black patients. Specifically, clinicians must recognize the ways in which their patients’ mistrust of the mental health system may be a protective response to historical abuses:

“These findings suggest that mental health professionals must work to acknowledge that mistrust is legitimate and reflect collective experiences of abuse. It is a delicate task to address these disparities in mental health frameworks, and it requires professionals to establish safe rapport with the families of patients, and the wider Black community, to unweave the mistrust that has developed over centuries.”

Moreover, emergent themes of discrimination and prejudice that cut across interview accounts point to how lifelong experiences of racism and mistreatment likely exacerbated the participants’ experiences of isolation and mistrust during treatment:

“Racial socialization patterns regarding Black Canadian men were evident as some participants expressed how they expected to be sent to jail and that the hospital was a form of unlawful confinement. Participants also mentioned the prejudice they experienced growing up as a Black person and how they constantly felt judged, excluded, and targeted by others.”

“These feelings expressed by participants are also mentioned in the literature, in which Black men report feeling targeted not only by the police but also schools, media, sports, and the workplace. Thus, mental health professionals must be sensitized to these matters, and future research urgently needs to explore the impact of racial discrimination on the mental health status of Black people and other ethnic minorities.”

The present study’s findings also point to the potential utility of family involvement in FEP care as an avenue to lessen patients’ feelings of loneliness. Authors suggest that this approach may also promote earlier referrals to community-based services by family members and primary care providers and curtail police involvement.

Researchers conclude their article by calling for improvements in FEP clinical care models to allow for more transparency and meaningful inclusion of patients during treatment decision-making. Authors also point to the need for enhancements to existing clinician training practices “to ensure that their patients are culturally safe, which includes an awareness of the privileges of the clinician and the legitimacy of cultural mistrust” and to prioritize the training and hiring of Black clinicians.

The authors also recognize the urgent need to reform training guidelines for future mental health clinicians and policymakers, police officers, lawyers, and judges, who all play a role in designing and implementing coercive interventions for psychiatric patients.