From Psychology Today: “School-aged children are suffering from stress and its associated anxiety and depression at epidemic levels. One result is that schools, more than ever before, are going into the mental health business.

They are hiring, or lobbying to hire, more therapists and counselors. The job market for school psychologists is rosy. Some schools are bringing in new socio-emotional learning (SEL) courses aimed at teaching students to be more aware of their own and one another’s feelings and ways of reducing negative feelings through cognitive means. In fact, the spark for this blog post came from a news story describing Michigan’s recent allotment of an additional 150 million dollars to expand the SEL program that already exists in many of the state’s schools.

Let me be clear. I’m not against psychotherapy—especially cognitive behavior therapy—where it is clearly needed, clearly desired, and intelligently and sensitively delivered. I’m also not against SEL programs, many of which have been shown in well-controlled studies to be helpful (see Durlak et al., 2011).

But the message I want to get across, which has proven to be so difficult to get across, is this: If schools would stop stressing kids out as they do and stop preventing them from being kids, our kids wouldn’t need so much therapy!

Our Collective Blindness to the Harm of Current School Policies

The evidence is overwhelming that school policies—policies that require students to spend so much time on boring, sedentary, micromanaged tasks, that put students in competition for grades, that fail to recognize students for anything other than test performance and competitive sports, that make students feel like failures if they don’t score as high as others on standardized tests—are stressing students out.

I’ve summarized the evidence for this in previous posts (e.g., here, here, and here), documenting, for example, the facts that mental health breakdowns, including suicides among school children, are roughly twice as high when school is in session as when it is not and that the great majority of students, when asked about the sources of their distress, cite school pressures. But such findings almost never make it into the popular press.

To say that school is the cause of children’s suffering is, apparently, a national taboo. If your information comes from popular media or speeches by school authorities, you might think that COVID and smartphones are the primary causes of children’s and teens’ distress, but, as I have documented elsewhere (e.g., here and here), the evidence there is scant at best.

The rise in anxiety and depression among school-aged children long predates COVID and even predates the popular use of smartphones. In fact, the steepest rate of increase was in the 1980s (Gray, 2011; Twenge et al., 2010), which is when standardized testing began to become the be-all and end-all of schooling and when schools started cutting recess and other self-directed creative activities for the sake of better performance on one-right-answer multiple-choice tests.

That is also the decade when ‘stranger danger’ began to grip the national consciousness, and we stopped letting kids out to play. The trend toward increased time in school and other competitive, adult-directed activities and toward less opportunity for real play has continued, albeit at a somewhat slower pace, in the decades since 1990, and so has the trend toward ever more anxiety, depression, and suicide.

If we would open our eyes, see the problem, and stop putting our collective heads in the sand, we would also see that the solution is easy and would save money, not cost more. What we need is less school, not more. Kids need more time to play and just be kids. Mother nature designed kids to play, explore, and daydream without adult intervention because that is how kids develop the skills, confidence, and attitudes necessary for mental health and overall wellbeing (for elaboration, see here or Gray, 2013).” 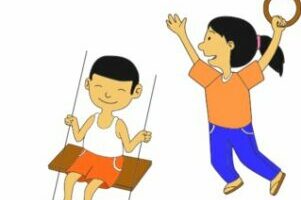