“In the few years since its launch, TikTok has already altered the face of the social media landscape, attracting more than 1 billion users and leading competitors to replicate some of its most unique features.

The impact of that explosive growth and the ‘TikTok-ification’ of the internet at large on social media users remains little understood, experts warn, exacerbating concerns about the impact of social media on our habits and mental health.

“It’s embarrassing that we know so little about TikTok and its effects,” said Philipp Lorenz-Spreen, a research scientist at the Max Planck Institute for Human Development in Berlin. “Research often lags behind industry, and this is an example of an instance where that could become a big problem.”…

Concerns about the mental health impacts of social media activity are longstanding, and have only intensified in recent years. In 2021, for example, internal research at Instagram made public by Frances Haugen showed the drastic mental health impacts of the photo app on teen users – including increased rates of eating disorders among teen girls – and sparked widespread calls for stronger regulation.
But TikTok hosts similar harmful content, and experts warn a host of innovative features of the platform raise unique concerns. 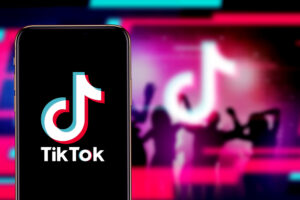