From Psychology Today/Justin Garson, PhD: “In the 1990s, mental health awareness organizations like the National Alliance for Mental Illness held high hope that the stigma toward ‘schizophrenia’ and other ‘serious mental illnesses’ would soon end. Once people understood that ‘schizophrenia’ is a brain disease, perhaps due to faulty neurotransmission or bad wiring, we’d no longer blame people with ‘schizophrenia’ for their ‘illness,’ they reasoned. We’d see it as a disease, just like cancer or diabetes.

Sadly, the stigma towards ‘schizophrenia’ isn’t getting better. A 30-year longitudinal study published in November in the journal European Psychiatry actually found that it’s getting worse. The exact reason for this negative turn remains unknown . . .

Several studies over the last decade, such as here and here, have shown that acceptance of biological explanations for ‘schizophrenia’ actually increases some forms of stigma rather than decreases them. While biological explanations tend to decrease blame, they tend to increase the perception that people with ‘serious mental illnesses’ are unpredictable and dangerous. They also tend to reduce expectations of recovery.

Intriguingly, the greatest increase in stigma toward ‘schizophrenia’ occurred from 1990 to 2001, the so-called ‘decade of the brain.’ This was a time in which biological explanations for ‘mental illness’ became widespread in popular media.” 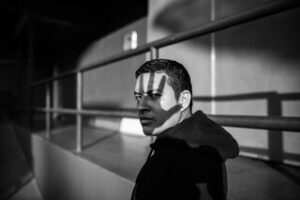