From The Washington Post: “Government policies aimed at curbing excessive use of powerful psychiatric drugs for dementia patients in nursing homes are probably having an unintended side effect: greater use of anti-seizure medications, a government report said Thursday.

The evidence released by the Office of Inspector General for the Department of Health and Human Services indicates physicians specializing in nursing home care may have traded one controversial practice for another in response to regulatory scrutiny, seeking to sedate dementia patients with anticonvulsant medications rather than antipsychotics.

It also found that nursing homes with fewer hours worked by a registered nurse, and those with more low-income residents, used measurably greater proportions of all categories of drugs that work in the brain, including antidepressants.

The analysis highlights a long-standing issue: how nursing homes often do not provide the most appropriate care for residents with dementia.

‘The inappropriate use of dangerous and powerful medications hasn’t really changed, and that is really disturbing,’ said Richard Mollot, executive director of the Long Term Care Community Coalition, a group that is critical of industry practices.” 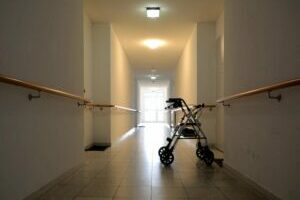