A new study from the University of Tennessee investigates this conflict as a structural healthcare issue and highlights the discrepancy between greater vulnerability and fewer resources for LGBTQ+ people. The authors, led by doctoral student Elliot S. Spengler, write: 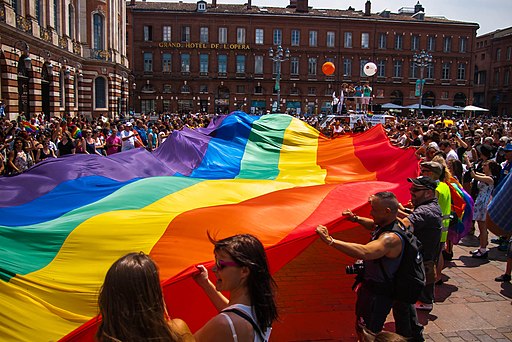 As of late, scholars have taken on the structural vulnerability framework to identify and break down the sociocultural elements that discourage people from getting the healthcare they need. In 2019, 23.6% of individuals diagnosed with mental health disorders said that they did not receive the health services they needed. Of the people who did not receive help, about 60% reported not having the money or the time to seek out mental health services.

These factors represent potential barriers to entry for any individual. However, this study focuses on LGBTQ+ people, in particular, because they, on average, engage in less help-seeking behavior and tend to have lower intentions to seek mental health care. This raises alarms for psychologists and researchers, especially considering that LGBTQ+ youth are more than four times as likely to commit suicide than their peers.

“Despite the relatively recent paradigmatic shift toward affirmative therapy, help-seeking for sexual minorities must also be contextualized within the fraught history of psychology and other mental health disciplines producing and perpetuating heterosexism, heteronormativity, and other intersecting forms of inequality,” the authors write. “Help-seeking may be better understood through a lens of mental health inequity. The structural vulnerability may hinder members of marginalized social groups’ access to mental health services due to structural inequality and institutional oppression.”

The researchers conducted a survey with 398 participants who self-identified as bisexual, gay or lesbian, queer, pansexual, demisexual, asexual, transgender, and non-binary. They measured psychological distress with the Kessler Psychological Distress Scale, a standard method that asks participants about the frequency of thoughts and behaviors associated with depression and anxiety symptoms.

Participants answered questions about structural barriers to entry, too. Questions about the degree to which they knew how to seek out mental health services and whether they had the time/money to seek out help represented the structural vulnerability framework in this survey.

The structural vulnerability framework accounted for more than half of the variance in help-seeking intentions. Results also suggested that LGBTQ+ people approach mental health with a reactive—rather than proactive—strategy of seeking help. This means that LGBTQ+ people are unlikely to seek help at the onset of psychological distress and instead seek help once their distress becomes bad enough to justify mental health service use.

This study is the first to spotlight how structural mental health care problems block LGBTQ+ people from receiving the help they need. All-in-all, the final data supports the prediction that LGBTQ+ people are—much like their heterosexual and cisgender peers (in the United States)—unable to receive the help they need because of time and money.

This study is possibly limited in how wide of a net it casts. Although a wide variety of LGBTQ+ people are considered here, this can be a double-edged sword. Queerness can be an intersectionality unto itself—people can be both transgender and gay, and there are many permutations of identities that are possible when then considering race and gender as well. Furthermore, most of the sample in this study lived in an urban area, completed higher education, and identified as White, male, and bisexual. Further research can hopefully fill in the gaps with a more diverse sample.

This research corroborates the consideration of power that policy change and community support have to impact LGBTQ+ people. As acceptance becomes more widespread within legislation and the general public, LGBTQ+ people become less likely to commit suicide. It only makes sense, then, that structural barriers to entry proportionally prevent LGBTQ+ people from receiving the help they need.

Although queer people frequently endure psychological distress and oppression at an isolating, individual level, history shows that changes made at the system and community levels can alleviate that harm. For LGBTQ+ people to receive the mental health care they need, change has to be prioritized and sought out in our institutions and systems that have blocked minorities from feeling cared for in the past.