“Rethinking Madness: Towards a Paradigm Shift In Our Understanding and Treatment of Psychosis” by Paris Williams, Ph.D., describes how our current mental health system fails not only in devising treatments for psychosis, but also in even thinking clearly about such experiences , and describes what is needed as a replacement.

If madness, or psychosis, is just a result of a physical defect in the brain, then it makes sense to devote little effort to understanding the experiences of mad people, and to focus instead on suppressing such experiences as much as possible.  That’s what our vast “mental health” industry has been doing for decades, without success.  In this book, Williams outlines a very different approach, one that prioritizes understanding and valuing personal experiences.

Before writing this book, Williams spent time as a hang glider pilot, winning one world championship and several national awards.  He then experienced a mental crisis that could have been labeled psychosis, but he avoided getting diagnosed or “helped” by psychiatry, and instead worked through his experiences on his own.  This caused him to get interested in helping others, and he became a psychologist and also a researcher interested in detailed exploration of the experiences of people who underwent psychosis and then full recovery.   It seems clear that the depth of understanding in the book emerges out of his personal experiences and his interest in the experiences of others, while it may be that his experiences as a glider pilot helped him develop a habit of forming a clear overview of areas to be explored.  In any case, the view of madness that emerges appears to be a profound integration which has breadth and well as depth.

One of the key ideas is that psychosis, in the presence of the right conditions, can be expected to most commonly result in a positive outcome, an outcome that is something better than the state that existed before the psychosis.  This assertion flies in the face of most of what our culture thinks it “knows” about psychosis, but the arguments for it are very well documented.  This perspective should not be confused with some romantic notion that psychosis is always a good thing – Williams is clear that it is hazardous under the best of conditions, and likely to lead to major ongoing life difficulties when the focus is just on attempts to suppress the process, as usually happens in developed countries today.  But what is critical to note is that these poor outcomes are typically a result of a poor handling of the experience, and not of the nature of the experience itself.

Another key idea is that the core issues in madness are not a struggle with an “illness” experienced only by some, but rather a struggle with the existential issues that we all face, such as being caught between a fear of being separate and a fear of being overwhelmed or engulfed by connection.  Williams outlines how the ability to regulate one’s approach to such dilemmas is lost in psychosis, usually in response to a number of stressful experiences, but also how the loss of one’s prior approach has the potential to lead to the emergence of new and healthier ways of being organized, which might later benefit not just the individual but also the wider society.  He discusses these ideas first theoretically, and then by clear descriptions of how these issues played out for the individuals he researched, as they went through psychosis and then recovery.

Williams is arguing that psychotic experiences typically occur as part of a process of experimentation at a deep level of the mind, a risky process of profound disorganization and then reorganization.  He illustrates how standard mental health care interferes with rather than safely facilitates this process, and how recovery seems currently to only be possible when people manage to break away from the system to at least some degree.  He then sketches out the possibility of a very different system of care that would recognize the meaningfulness and positive potential in psychotic breakdown, one which would be likely to facilitate rather than impair recovery.

Also, in an upcoming live webinar, you will be able to hear about the central ideas in this book directly from Paris Williams, and you will also have an opportunity to ask questions. This will take place Friday May 18 2012, 10 AM Pacific time, 1 PM Eastern time.  Or, if you can’t make it on Friday, Williams will repeat the webinar on Saturday, May 19 2012, also at 10 AM Pacific time, 1 PM Eastern time.

Advance registration is required, as limited spots are available.  A suggested donation of $10 is requested, although no one will be turned away for lack of funds.

We hope to make recorded copies of this webinar available afterward for people who can’t attend at either of these times.  You can contact me at [email protected] if you want to be notified of when this is available, and/or if you would like to hear about future webinars about psychological approaches to psychosis – I am hoping to develop an extensive program of webinars on this subject.  In the future, some of these will likely come with CEUs for professionals, but these are not yet available. 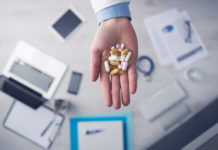 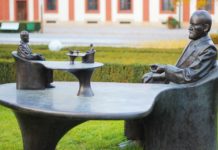