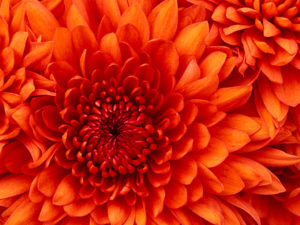 1. act of forgiving;  state of being forgiven.

2. disposition or willingness to forgive.

Trauma residue from childhood and my more wild adult years spin me out of control when I’m not on it.  My trauma experienced is soul-insidiousnessly based.

Unusually, being a woman, my bipolar depression manifests as irritability, bitchiness, anger and if I’m not careful, escalates to rage in electric nanoseconds of expression when triggered.  To manage it,  I work.  Right now, producing Wellness Solutions 1.0 Uncensored Innovation in Philadelphia on September 4-5th, I’m putting in 80 hour weeks.  I work out.  As much as I can.  I cook.  I sleep at least 6-7 hours a night now, at least 2-3 x a week.  I spend time with trusted friends.  I remain transparent, accessible and work to be authentic to avoid complexities that are unnecessary and time consuming.

It may sound a bit cliché, but one of the best definitions of forgiveness I’ve ever heard was actually stated by Oprah Winfrey. Oprah’s definition of forgiveness is, “to accept the fact that the past can’t change.” (The Gift Of Forgiveness, Forgiveness: It’s For You…Not For Them,” (Warren, 2008).

Forgiveness?  Is that the same as letting things go… “Let Go, Let God” and “Forgive and Forget”?  I can “forgive” but I never forget.  I’m not built that way.  Forgiveness must be granted without any expectation of restorative justice, and without any response on the part of the offender. Essentially, it would be necessary for the offender in a relationship where forgiveness were necessary, to offer some form of acknowledgment, an apology, or even just ask for forgiveness, in order for the wronged person to believe himself able to forgive (American Psychological Association, 2008).

“Love the creatures for the sake of God and not for themselves. You will never become angry or impatient if you love them for the sake of God. Humanity is not perfect. There are imperfections in every human being, and you will always become unhappy if you look toward the people themselves. But if you look toward God, you will love them and be kind to them, for the world of God is the world of perfection and complete mercy. Therefore, do not look at the shortcomings of anybody; see with the sight of forgiveness.”

Understanding, acknowledgement that I can’t control anyone else other than myself helps.  Mindfulness… Self-Care.  I’m getting better at it, but am by no measure of the word decent at it yet.  Buddhism places much emphasis on the concepts of Mettā (loving kindness), karuna (compassion), mudita (sympathetic joy), and upekkhā (equanimity), as a means to avoiding resentments in the first place. These reflections are used to understand the context of suffering in the world, both our own and the suffering of others.

“He abused me, he struck me, he overcame me, he robbed me’ — in those who harbor such thoughts hatred will never cease.”

“He abused me, he struck me, he overcame me, he robbed me’ — in those who do not harbor such thoughts hatred will cease” (Wikipedia, 2012).

Acceptance and forgiving things done to me… those many awful things said to me, things both physical and tangible to the indeterminate and held in secrecy, and in hate, being deceived by women I held in friendship…  My personal recovery is steeped in self-gratifying minutes and seconds at a time sometimes doing, thinking, breathing, taking action for myself and comrades in arm. Pratikraman also contains the following prayer:

May I have friendship with all beings and enmity with none. (Jaini, Padmanabh (2000).

Finally, to love… Love deeply.  Breathe in and hold it  then just let it all go out into the hot night air reminiscent of summers before.  For me at least, this works.