Tension mounts across the ideological divide as D-Day (DSM-5 Day) approaches. The APA has powerful allies on its side. President Obama has just launched Decade of the Brain 2 with the announcement two weeks ago that heralds the arrival of BRAIN ( Brain Research through Advances in Innovative Neurotechnologies). For once this is a case of the USA following Europe, as the European Commission launched its Human Brain Project back in January. If that’s not enough, those who believe that science will ultimately explain madness can always rely on the media to fawn at their feet. Although science reporting by organisations like the BBC in Britain is generally of a high standard the same cannot be said of its coverage of neuroscience research.

Here is just one recent example. On 12th April, BBC Radio’s flagship news and current affairs programme,Today, carried two neuroscience items. One, presented by science reporter Rebecca Morrelle dealt with a Canadian functional brain imaging study of people listening to new music. The implication was that we can account for musical preferences and tastes by studying brain activity, without reference to the particular contexts in which music is listened to. The other consisted of an interview between Sarah Montague (a Today presenter) and a senior lecturer from King’s College University of London, in which he spoke about his research on Drosophila (fruit flies, would you believe) brains. We were told that because the neural organisation of these creatures’ brains is fundamentally similar to that of human brains, they can be used to model ‘brain disorders’ in humans, such as schizophrenia and autism. You can hear clips of both items here and here.

Some of us involved in the International DSM-5 Response Committee ( please sign the petition if you haven’t already done so) are writing to the BBC’s Science Editor, David Shukman, to protest about the organisation’s reportage of neuroscience research.  It is uncritical, unbalanced, and fails to consider weaknesses and limitations of much of this research. This applies not only to neuroscience, but as you can hear from the clips, genetics research too.

In what follows I am reporting two arguments. The first is an outline critique of the neuroscientific approach to human consciousness in all its great and colourful varieties (including madness). This reflects the main substance of the letter we are writing to the Science Editor at the BBC (David Shukman). This will form the basis of a more detailed critiques that I, and colleagues, are currently working on. The second is a wonderful piece written by Richard Bentall, who emailed us yesterday. Richard was furious at the response of the King’s College scientist interviewed on the Today programme about his crazy fruit flies, to an email from David Pilgrim (another colleague involved with the DSM-5 response). Richard prefaced his email by saying that he was so angry with the King’s College researcher’s response that he was moved to pen this as a response. This is a brilliant academic deconstruction of genetic research in psychiatry,  perfectly honed by a craftsman’s anger!

An extract from a letter to David Shukman

[We are concerned about] a growing trend in the reporting of neuroscience by news and current affairs in the BBC, in which this research is presented as unproblematic. The message is that human consciousness and the human problems associated with this can be explained in terms of brain activity. This is misleading for a number of reasons.

One would be forgiven for believing from some of the BBC’s reportage, that neuroscience is obliterating the insights of psychology, sociology, anthropology and the humanities from human subjectivity. The launch of the BRAIN project by President Obama two weeks ago, and the European Human Brain Project earlier this year will only increase pressure on news organisations to continue this line of reportage in the years to come

A great deal of the science coverage by BBC is balanced, and of extremely high quality, such as recent coverage of cosmology. Different points of view are presented as a matter of routine, as part of the continuing scientific debate in the field. This situation does not apply to neuroscience. Research here is presented as unproblematic ‘facts’ about the mind. Presenters appear to exert little critical thought about the nature of the research they are presenting. As a result the public are ill-informed about the significance of neuroscience research. This is of potential significance to the field of psychiatry and mental health. The presentation of neuroscience as unproblematic leads to unrealistic expectations on the part of the public at large. In addition the diversion of funding to poor quality neuroscience research is ethically not justified1. It limits funding available to equally important research into the psychological, social and cultural aspects of psychiatric conditions.

To rectify the situation we ask you to take the following steps:

(i) Schizophrenia is a meaningless construct

There is no syndrome of schizophrenia and nobody can agree on who is schizophrenic. To my knowledge, no statistical study has ever identified a cluster of symptoms that correspond to the Kraepelinian concept or its subsequent revisions. Most recent studies have converged on a multidimensional model that incorporates all psychosis diagnoses (schizophrenia, schizoaffective disorder, bipolar disorder, delusional disorder, depression with psychotic features etc) within five dimensions of positive symptoms, negative symptoms, cognitive dysfunction, depression and mania/excitability, or even more complex structural models  (Demjaha, A., et al. 2009; Reininghaus, et al in press). In recent field trials, the proposed DSM-V criteria for schizophrenia generated a derisory kappa of 0.46, showing that clinicians working with a precise definition of the disorder and following a diagnostic interview often could not agree on who was schizophrenic and who was not (Regier, D. A., et al. 2013)!

In fact, precisely because heritability coefficients are correlations which attempt to parse up the variance in a trait to genetic and environmental causes, low variance in the environment leads to inflation of the apparent effects of genes. This is why, for example, IQ is highly heritable in middle class families (where environmental variation is low) but very low in working class families (where environmental variation is high – Turkheimer, E., et al. (2003). Also, heritability coefficients assume an additive model of genes and environment, which is wildly implausible given what we know about how genes work. Again, assuming an additive model when there are G x E interactions leads to massive inflation of heritability and an underestimate of environmental effects (Dickins, W. T., & Flynn, J. R. 2001). This is probably why, as you know, molecular estimates of heritability are generally much lower than those based on the methods of classical genetics. The ‘missing’ heritability in these studies is probably phantom heritability.

Incidentally, you will also know from the genetic studies that you cite, that the consensus amongst geneticists is now that many common alleles (perhaps many hundreds) probably each confer a tiny risk of all kinds of severe mental illness. Although some CNVs have much higher association with psychosis, they account for only a small proportion of patients and are also associated with intellectual disabilities and autism (Owen, M. J. 2012). This is further evidence, if ever it was needed, that schizophrenia is a meaningless construct and confirms the impossibility of devising a genetic test for the disorder.

The implications of ii above are that you can’t estimate environmental influences from heritability estimates – you have to look for them and measure them in their own right. Recent studies have pointed to a wide range of environmental factors associated with psychosis. These include social disadvantage, migration, living in cities and various forms of victimisation. I attach a recent meta-analysis I conducted on the evidence linking childhood adversity to psychosis (Varese, F., et al. (2012). The bare odds ratio between childhood trauma was stable across methodologies (retrospective/prospective) and came in at about 3, much higher than any association with common alleles. More importantly, there is evidence of a dose response effect, with ORs climbing to around 50 for children who have been multiply traumatised. Reaction in the psychiatric community has sometimes been bizarre, with convoluted attempts to explain away the data (see a recent editorial I wrote about this, also attached).

The evidence linking the basal ganglia to psychosis is far from clear cut. The best evidence is from response to antipsychotics, but recent studies suggest that only about 20% of patients show a genuine clinical response (Marques, T. R., et al. 2011). In any case, abnormal basal ganglia activity could just as likely be attributed to environmental factors – animal studies show that chronic victimisation leads to sensitisation of dopamine pathways in this part of the brain (Selten, J.-P., & Cantor-Graae, E. 2005)

Current structural and functional neuroimaging studies of psychosis are probably not to be trusted for a variety of complex methodological reasons (Ioannidis, J. P. A. 2011; Button et al. 2013) – this study [Button et al] estimated that the median statistical power of 461 individual fMRI studies contributing to 41 separate meta-analyses was 8%!), not least the emerging evidence that drugs affect brain structure (Ho, B.-C.,et al. 2011).

In any case, the observed abnormalities could well be the consequence of social and environmental factors (Hoy, K., et al. (2011).

(v) A narrow neurodevelopmental approach is damaging to patients

There is little evidence that the biological approach to psychiatry is benefiting patients. Outcomes for patients suffering from ‘schizophrenia’ have not improved since the Victorian age and an increasing number of people are disabled by psychiatric conditions. This is precisely the opposite to what has happened in physical medicine, where genuine advances have led to improved outcomes and reduced disability (see Bentall, 2009, and Whitaker, R. 2005). Just as importantly, although it is often assumed by doctors that promoting a biological understanding of psychosis will reduce stigma, empirical research provides strong evidence that the opposite is the case, and that biological models actually promote stigma (Read, J., et al. 2006; Angermeyer, M. C., et al. (2011).

The claim that biological research (on flies or whatever) will one day lead to a cure for schizophrenia is a common rhetorical trick designed to gain publicity and guarantee grant funding. I have no problem with research on the CNS of flies, which seems valuable in its own right. But linking flies to schizophrenia (whatever that is) is really about self-promotion and is damaging to the interests of patients.

Noë, A. (2009) Out of our Heads: Why you are not your brain, and other lessons from the biology of consciousness. New York, Hill and Wang.

Whitaker, R. (2005). Anatomy of an epidemic: Psychiatric drugs and the astonishing rise of mental illness in America. Ethical Human Psychology and Psychiatry, 7, 23-35 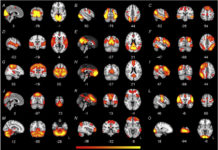 No Brain Connectivity Differences Between Autism, ADHD, and “Typical Development” 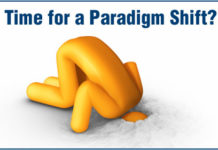 Why Precision Psychiatry is Not a Paradigm Shift 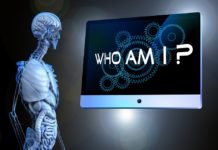