Jacks McNamara is a genderqueer artist, writer, organizer, and healer.

Jacks co-founded The Icarus Project and is the subject of the poetic documentary Crooked Beauty. They are the author of Inbetweenland, released by Deviant Type Press, have self-published 5 zines, and are co-author of Navigating the Space Between Brilliance and Madness.   Jacks is a Public Educator teaching  popular educational workshops on radical mental health collective information, neurodiversity and disability and  writing workshops.  They provide 1:1 Life Coaching and is are a professionally trained Somatic Counselor with subject matter expertise in therapeutic relationships.  Jacks can be reached directly at http://ashley-mcnamara.net/ for more information.

“Every month has its tragedy.  April has two.”

“I would like to think that these demons don’t come from me, that they are some kind of other, some black invader surging out of my DNA or last night’s dinner to interrupt the real me at work.  But I am coming to realize that I am one self.  The restless demons and the visionary choirs of angels are me, along with the person developing between this body and this routine.  I am trying to forgive myself for being exactly what I am; occasionally brilliant, frequently imperfect, mostly kind, and burdened/blessed with something in my blood that can send me divine inspiration in September along with suicidal plans in November.”

I’d heard about Jacks Ashley McNamara, Co-Founder, Icarus Project.  I had heard about their work. I had seen their work. Tried to read as much work as possible of Jacks’ so that I could be well equipped for a reasonable dialogue about Icarus Project, the 2004 Icarus Project manifesto “Navigating the Space Between Brilliance and Madness: A Reader & Roadmap of Bipolar Worlds” and her new work Inbetweenland.  This is my reflection on McNamara and their work.

The Icarus Project envisions a new culture and language that resonates with our actual experiences of ‘mental illness’ rather than trying to fit our lives into a conventional framework.

It is a network of people living with and/or affected by experiences that are commonly diagnosed and labeled as psychiatric conditions. Icarus believes these experiences are mad gifts needing cultivation and care, rather than diseases or disorders. By joining together as individuals and as a community, the intertwined threads of madness, creativity, and collaboration can inspire hope and transformation in an oppressive and damaged world. Participation in The Icarus Project helps to overcome alienation and tap into the true potential that lies between brilliance and madness.

The Icarus Project is a collaborative, participatory adventure fueled by inspiration and mutual aid. Icarus visions a reality through an Icarus national staff collective and a grassroots network of autonomous local support groups and Campus Icarus groups across the US and beyond.

Rather feverishly and rushing, I was excited to read Jacks’ new work Inbetweenland because of its inherent mad love, trauma, death, loss, genderqueerness, trust and moving on. “I love you in those moments when you can’t speak, move, sing, jerk off, or smile.”

Jacks’ influences draw from poets the likes of Li-Young Lee, whose book The City in Which I love You is “…the volume of poetry that broke my voice open” mentioned in Jacks’ poem “The Archaeology of Snow,” to Yosef Komunyakaa, C.D. Wright, Joy Harjo, Khaled Mattawa, Matthew Harvey, Jericho Brown and others.

I was automatically drawn to it like fire and like an “… ache of exile in crowded land, the sugar in the vortex… keeping me awake all night…” and the pained words related my own drifting since I’d run from Texas a few short months after my sister’s death in November ‘12.

I related to the Icarus Project’s bipolar cartography and multiple maps of mad love. “Come home now…”  were words I only heard in sweaty sleep.  To Jacks, they’re urgent whisperings to return to her mother’s side, to hold her hand and “… withstand the next year’s blizzards alone.”

“… the songs, the grief, the attempts to keep the sun on our skin for a thousand years…” count the emptiness now and “… loss has made you hard and handled you smooth like ocean handles sea glass, nickel or knife.”  Even better “… after your body poured through my fingers ash the exact texture of sand where I stood – our breath is only borrowed from the earth.”

Inbetweenland is about trauma and I know it.  I feel fire at a distance.  In the Spring and Summer in Central Texas the dryness is ripe with heat kindling.  Smoke would wake me and I’d stand watch paranoid in my knowing.  I feel heat with my hands and where energy is unkempt or burning in circles.  Jacks writes “…hands know things I can’t explain… asks where I am… In space.”  It is telling of unwelcome advances and I get that  “… the ground stops buckling despite aftershocks despite fire eventually…” and “… something in my dreams is burning… It is a fierce music.”

In Bruises, Jacks writes, “Sometimes when you are trying to forgive the world for its cruelty the only place you can find beauty is in the luminous red and green of stoplights…” sweet to the promise of the proprietary feel and soulful homelife of real hurt, of “… skin after blisters, scar tissue, slightly more beautiful than bare, breathing to the soundtrack of underwater music and a percussion like wooden stars?”

Remyth:  Country means “… we’ll actually get to live, here, now…”  Jacks  promises, “… we won’t have to take drugs to turn off the radios in our heads, drink drugs to get out of bed. We will sleep, wake up, work create love fuck and raise fruit trees or children if we want to, even if we are three women and two men or one gender-variant unicorn five sharks and a star-bellied sneech.”

Yes, yes, yes… and for all that and more, “… we will get to love without terror.  Or we will love the terror as it leaves along with the morning light… the other side of a hard fight…”

ICARUS PROJECT’S MISSION: The Icarus Project is a radical mental health support network, online community, and alternative media project by and for people struggling with extreme emotional distress that often gets labeled as mental illness. We envision a new culture and language that resonates with our actual experiences rather than trying to fit our lives into a conventional framework. We believe these experiences are dangerous gifts needing cultivation and care, rather than diseases or disorders. By joining together as individuals and as a community, the intertwined threads of madness, creativity, and collaboration can inspire hope and transformation in an oppressive and damaged world. Participation in The Icarus Project helps us overcome alienation and tap into the true potential that lies between brilliance and madness.

ICARUS PROJECT’S VISION: Together, we seek new space and freedom for extreme states of consciousness. We support alternatives to the medical model and acknowledge the traumatic legacy of psychiatric abuse. We recognize that we all live in a crazy world, and believe that sensitivities, visions, and inspirations are not necessarily symptoms of illness. Sometimes breakdown can be the entrance to breakthrough. We call for more options in understanding and treating emotional distress, and we advocate for everyone, regardless of income, to have access to these choices. We respect diversity and embrace harm-reduction and self-determination in treatment decisions. Everyone is welcome, whether they support the use of psychiatric drugs or not, and whether they identify with diagnostic categories or not. To ensure we remain honest and untamed, we do not accept funding from pharmaceutical companies. We invite anyone who shares the Icarus vision and principles to join us, and choose “The Icarus Project” or any other name for the independent efforts that inspire them.

Beyond the medical model. While we respect whatever treatment decisions people make, we challenge standard definitions of psychic difference as essentially diseased, disordered, broken, faulty, and existing within the bounds of DSM-IV diagnosis. We are exploring unknown territory and don’t steer by the default maps outlined by docs and pharma companies. We’re making new maps.

Educating ourselves about alternatives. A lot of what the media, medical establishment, and institutions tell us about “mental illness,” psych drugs, and how we have to live our lives is just not true. We educate ourselves and each other. We question what we hear on TV and read in doctor’s office brochures. We explore holistic and spiritual approaches to handling our extreme states of consciousness. We learn as much as we can about any medical treatments, and encourage each other to make informed choices. Icarus is a sanctuary for people thinking outside the mainstream and creating their own definitions of health and wellness.

Balancing wellness and action. Icarus is a place for supporting each other in practicing real self-care. This includes but is not limited to: making sure we don’t neglect our personal basics like food, rest, exercise, and community; encouraging each other to commit to the amount of work we can actually do, and not push ourselves past our limits; and challenging ourselves to find daily routines and projects that help us live out our dreams and have enough structure to get by.

Access. We don’t need more alternatives that only rich people can afford. All Icarus gatherings follow the policy that ‘no one is turned away for lack of funds.’ We work to create options and choices that are available to all.

Non judgment and respect for diversity. We welcome people who support psych drugs and people who do not, as well as people who use diagnostic labels and people who do not identify with those terms. We do not exclude people on the basis of politics, lifestyle choice, diagnostic history, recreational drug use, “criminal” behavior, or other outsider identities. We all have a lot to learn from each other, so we respect each others’ choices. While the current social system and medical model have the tendency to divide us, we want our understanding of and experiences with madness to unite us.

Non-hierarchy and anti-oppression. Local groups need to be anti-authoritarian, inclusive, and working against racism/classism/sexism/homophobia and other oppressions. As a radical mental health support network, our affiliated groups create safe and challenging spaces where oppressive behavior is not tolerated.

Nonviolence. We believe that we will bring about lasting change in the world through dialogue, compassionate listening, mutual aid, and grassroots networks of support. We hope these approaches contribute to forming viable alternatives to the current system of government, bureaucracy, domination, and corporate culture.

Transparency. We believe in public access to information about how we are making decisions, spending money, distributing responsibility, and otherwise delegating the work of organizing together.

Jacks McNamara is appeared April 30th at FIRESTORM CAFÉ in Asheville, North Carolina at 5:30 PM for a Poetics Workshop. 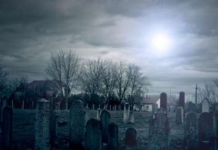 Why Being Aware of Your Mortality Can Be Good for You 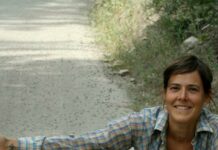