I had intervviewed Jacks McNamara , when I was in Asheville volunteering for the national premieretherapeutic learning community.  This is what I had pulished then… Jacks McNamara is a genderqueer artist, writer, organizer, and healer. Jacks co-founded The Icarus Project and is the subject of the poetic documentary Crooked Beauty. They are the author of Inbetweenland, released by Deviant Type Press, have self-published 5 zines, and are co-author of Navigating the Space Between Brilliance and Madness.   Jacks is a Public Educator teaching  popular educational workshops on radical mental health collective information, neurodiversity and disability and  writing workshops.  Jacks provides 1:1 Life Coaching and is a professionally trained Somatic Counselor with subject matter expertise in therapeutic relationships.

“Every month has its tragedy.  April has two.”

“I would like to think that these demons don’t come from me, that they are some kind of other, some black invader surging out of my DNA or last night’s dinner to interrupt the real me at work.  But I am coming to realize that I am one self.  The restless demons and the visionary choirs of angels are me, along with the person developing between this body and this routine.  I am trying to forgive myself for being exactly what I am; occasionally brilliant, frequently imperfect, mostly kind, and burdened/blessed with something in my blood that can send me divine inspiration in September along with suicidal plans in November.”

“There are things you survive that you don’t know you can survive.

And then you survive them.  Again.”

I started out blogging for MIA when I lived in Texas in crazed unabandoned, unabashed mad love working 60+ hour weeks at a wellness center.  My concept of mental health was acronymatic and I got killed here on MIA for that. I learned very quickly that there was a broader community than the recovery community that I had grown up with and who I had worked with in the State of Texas.

Largely a self-exile due to my politics and firm stance on publically stating that Certified Peer Specialists in State of Texas state hospitals and Local Mental Health Authorities (county providers) require peer supports and peer services to survive because they were dying from their own hands, I took a lasting blow and hit that I couldn’t recover from. As Chair of the CPS Committee to the state’s TA Center, I felt a responsibility to say something.  As a CPS in the State of Texas and as a Peer, I couldn’t stay quiet any longer.  When a friend of mine took her own life that was in my 2007 CPS Class, I spoke up.  Fuck silence.

Colleague associations with me were actually costing them lucrative contracts.  My own peers in the state were refusing to work with the colleagues who were doing business with me on current and pending contracts as I was a perceived malefactor due to my radical mental health peerness.

It wasn’t until I had driven out of state lines in the dead of January’s blackened gray skies into Louisiana, past South Carolina, in and out of Georgia and into the mountains of North Carolina did I feel free to think truly out of the box as a freed psychiatric survivor, peer, consumer, CPS, let alone as a person with the shared experience of living with mental diversity.  My personal bipolar map was an expensive lesson with unmentionable heart ache and one I refuse to repeat.

I have the likes of Bob Whitaker, Will Hall, Dan Fisher, Steve Harrington, Lyn Legere, Neal Nored, Robin Peyson, Wilma Townsend, Paolo Del Vecchio, Risa Fox, Larry Fricks, Beth Filson, Gareth Fenley, Harvey Rosenthal, Laura Van Tosh, Janelle Carson, Jan DeWitt, Pam Hardin, Faith Rhyne and other trusted colleagues, friends and the astute MIA readership to thank for waking me up from my slumber and making it to the other end of this dark tunnel to find my voice and I’m fucking pissed off and grief-stricken.

I’d heard about Jacks Ashley McNamara, Co-Founder, Icarus Project.  I had heard about their work. I had seen their work. Tried to read as much work as possible of theirs so I could be reasonably equipped for a reasonable dialogue about Icarus Project, the 2004 Icarus Project manifesto “Navigating the Space Between Brilliance and Madness: A Reader & Roadmap of Bipolar Worlds” and their new work Inbetweenland.  This is my reflection on McNamara’s and her work.

Rather feverishly and rushing, I was excited to read Jacks’ new work Inbetweenland out of its’ inherent mad love, trauma, death, loss, genderqueerness, trust and moving. “I love you in those moments when you can’t speak, move, sing, jerk off, or smile.”

Jacks’ influences draw from poets the likes of Li-Young Lee, whose book The City in Which I love You  “…the volume of poetry that broke my voice open” mentioned in Jacks’ poem “The Archaeology of Snow,” to Yosef Komunyakaa, C.D. Wright, Joy Harjo, Khaled Mattawa, Matthew Harvey, Jericho Brown and others.

I was automatically drawn to it like fire and an “… ache of exile in crowded land, the sugar in the vortex… keeping me awake all night…” and the pained words related my own drifting since I’d ran from Texas a few short months since my sister’s death in November ‘12.

I related to the Icarus Project’s bipolar cartography and multiple maps of mad love. “Come home now…” were words I only heard in sweaty sleep.  To Jacks, they’re urgent whisperings to return to her mother’s side, to hold her hand and “… withstand the next year’s blizzards alone.”

“… the songs, the grief, the attempts to keep the sun on our skin for a thousand years…” count the emptiness now and “… loss has made you hard and handled you smooth like ocean handles sea glass, nickel or knife.”  Even better “… after your body poured through my fingers ash the exact texture of sand where I stood – our breath is only borrowed from the earth.”

Inbetweenland is about trauma and I know it.  I feel fire at a distance.  In the Spring and Summer in Central Texas the dryness is ripe with heat kindling.  Smoke would wake me and I’d stand watch paranoid in my knowing.  I feel heat with my hands and where energy is unkempt or burning in circles.  Jacks writes “…hands know things I can’t explain… asks where I am… In space.”  She writes about unwelcome advances and I get that  “… the ground stops buckling despite aftershocks despite fire eventually…” and “… something in my dreams is burning… It is a fierce music.”

In Bruises, Jacks writes “Sometimes when you are trying to forgive the world for its cruelty the only place you can find beauty is in the luminous red and green of stoplights…” sweet to the promise of the proprietary feel and soulful homelife of real hurt, of “… skin after blisters, scar tissue, slightly more beautiful than bare, breathing to the soundtrack of underwater music and a percussion like wooden stars?”

Remyth:  Country means that “… we’ll actually get to live, here, now…”  Jacks gloriously promises, “… we won’t have to take drugs to turn off the radios in our heads, drink drugs to get out of bed. We will sleep. Wake up, work create love fuck and raise fruit trees or children if we want to, even if we are three women and two men or one gender-variant unicorn five sharks and a star-bellied sneech.”

Yes, yes, yes… and for all that and more, “… we will get to love without terror.  Or we will love the terror as it leaves along with the morning light… the other side of a hard fight…”

On Sunday, Instead is a favorite of mine with the murmur of, “Something in my dreams is burning. So is something in the world.  We take all morning – this time we push the pillows away from our mouths.  Love something impossible…” so was the very thought of her every empty morning, mid-morning, afternoon, empty night spent alone in the snows and the cold of North Carolina when I was acclimating from Texas to Cooper Riis as a Stranger.  I was a Misnomer.  “Why are you here?”  I was asked in the kitchen by co-workers and I’d turn, stone faced and walk away, “Don’t tweet this.  It is not a status update. It is not porn.”

Finally to the point of acceptance, I think, of being able to plant a garden where I am, here, to grow me wherever I am… in this new small town with new friendly welcoming people who take me at face value as a peer and “… after enough repetitions, my breath settles into my thighs...” and I recall the years of forced Texas ECT that caused irreplaceable shame, harm, lost memories of loves, family, friends, ideas, ideals, “everything obscured like my body I have floated” onto the table my body arching in pain as the antiseptics entered my veins to put me out for the deed. 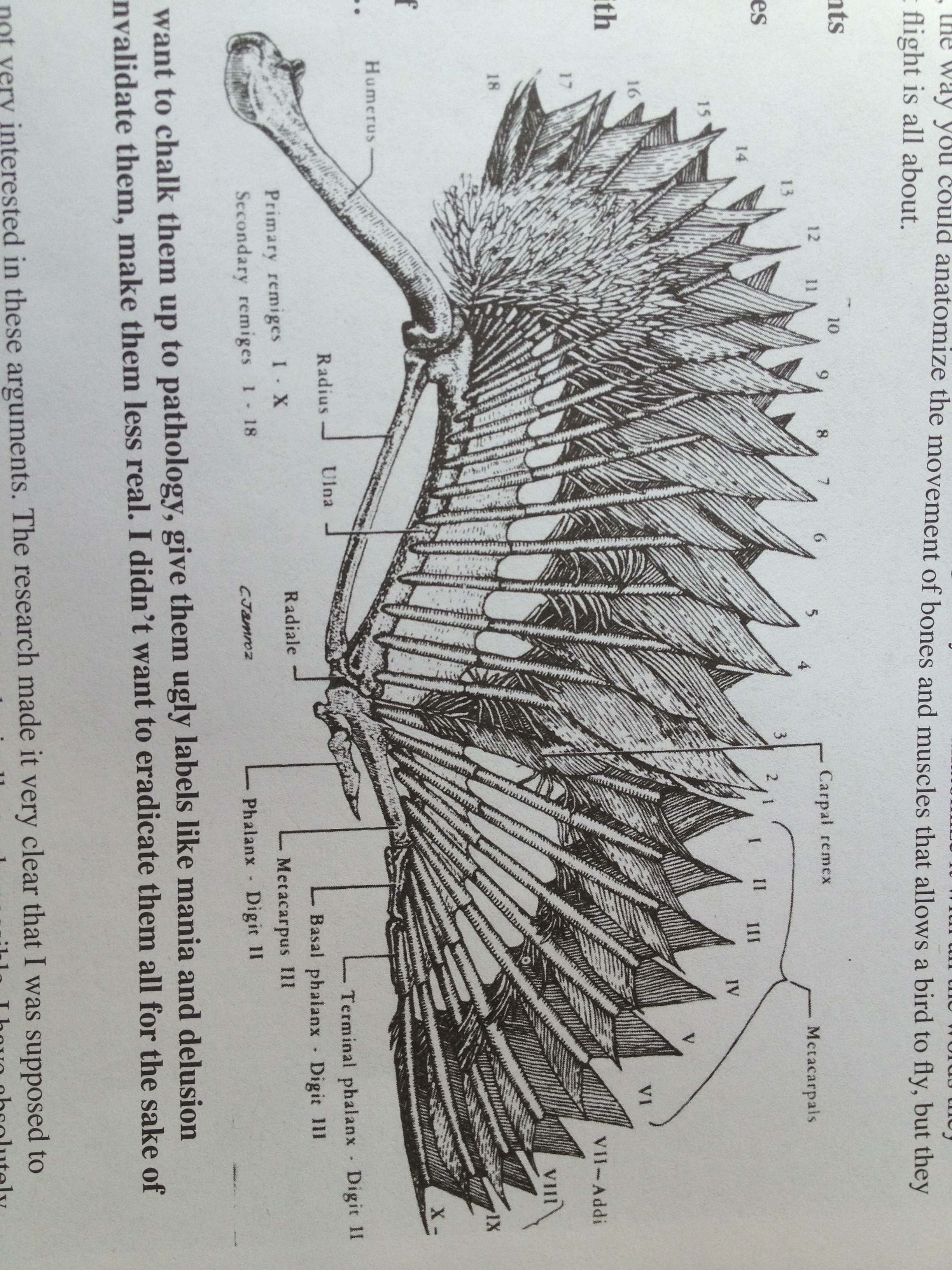