My wife Sue and I recently took a trip to Scotland for some R+R and a long awaited chance to spread part of her father’s ashes at the Caerlaverock castle in The Borders region. The rest of our trip involved traveling to 10 different towns and areas in southern Scotland, connecting with nature on vigorous hikes through the beautiful hills and small peaks that permeate that region.

Prior to our trip I had contacted Chrys Muirhead, a psychiatric survivor, Scottish activist, and one of the earliest writers at Mad in America, and suggested a possible rendezvous during our visit. I was an admirer of her scathing critiques of the oppressive forms of treatment in Scotland of those labeled as “mentally ill,” and her willingness to share intimate details of her entire family’s mistreatment by Biological Psychiatry and the medical model. 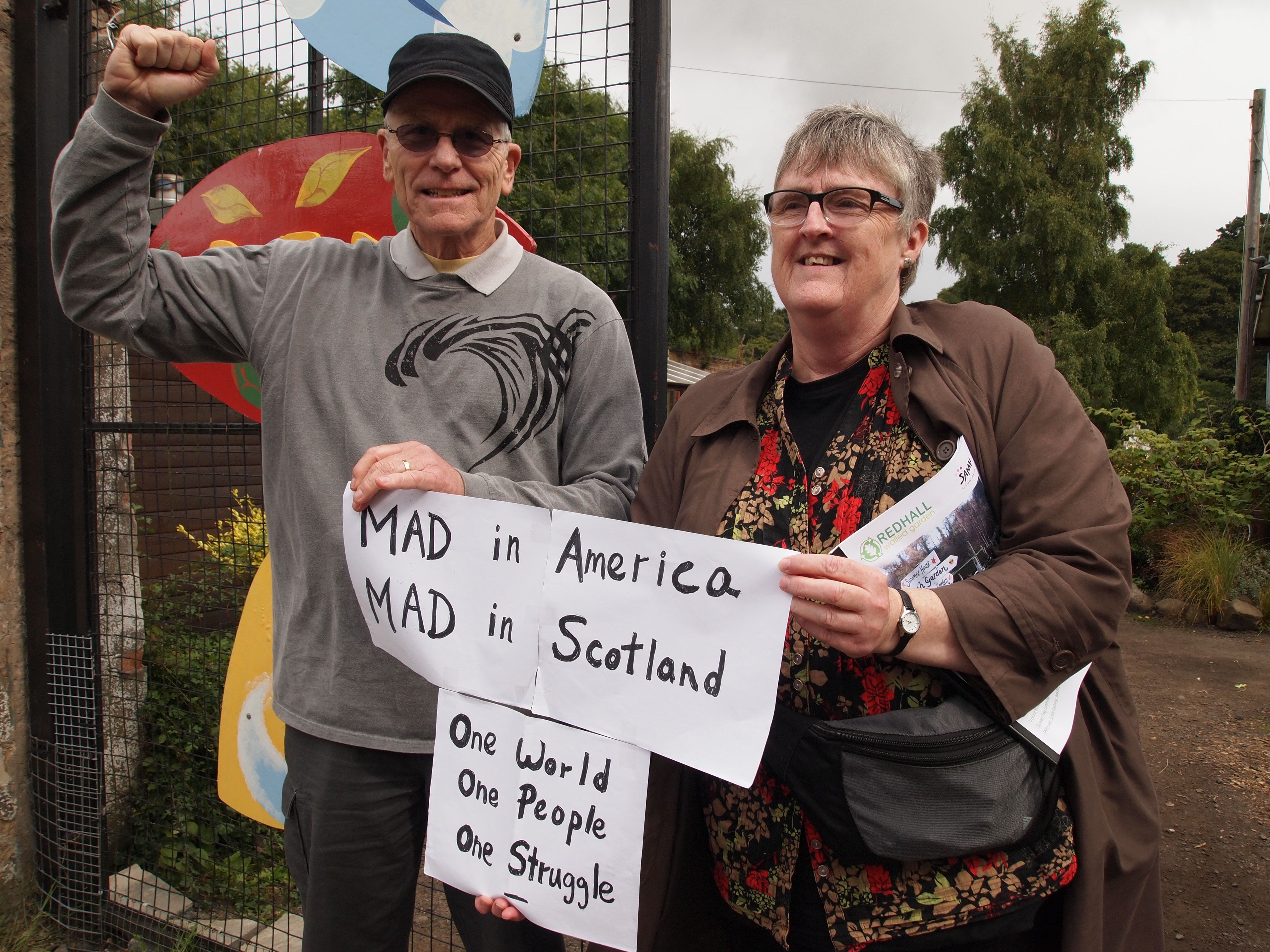 Chrys was very positive about such a meeting and proposed a location for this much-anticipated encounter. On the morning of September 6th we finally met at the Redhall Walled Garden on the outskirts of Edinburgh. This two-hour gathering turned out to be one of the highlights of our entire trip to Scotland. She couldn’t have chosen a more significant location to meet and discuss the current state of our movement. After having visited numerous castles and battle grounds where the Scottish clans shed their blood and displayed courageous resistance against the expansion of the British Empire, it was only fitting that we would now share a small piece of hallowed ground where an entirely new type of struggle and liberation is occurring.

A Glimpse into the Future

Redhall Walled Garden (youtube) is a beautiful oasis of support and healing for dozens of people experiencing extreme forms of psychological distress. It provides a safe, naturalistic space with no doctors or other white coats, no diagnoses, no forced psychiatric drugs or any other coercive forms of control. It allows people to be creative while transforming both nature and themselves as they work the soil growing flowers and other sources of organic fruit and vegetables. 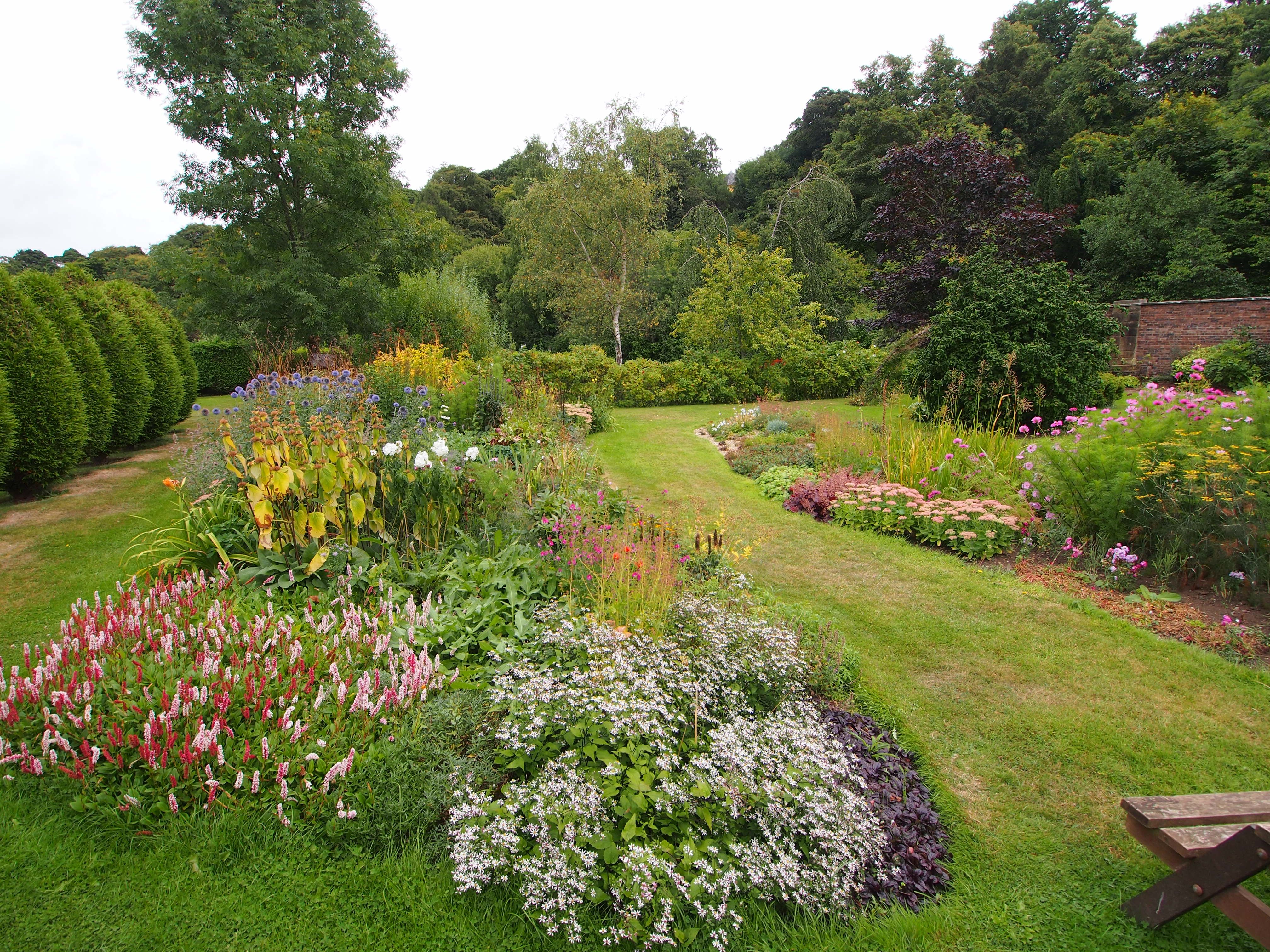 It is an equalitarian environment where people cooperate as a group to decide how the different sections of the garden should be organized and developed and what kind of division of labor is necessary to make it all work. While there is much freedom to choose one’s form of participation in this program there are also expectations of commitment to the garden process and the completion of tasks. They also have several quiet places where people can retreat to if they need space to meditate and contemplate their living experience. People come here by choice and leave the program when they are ready to move on.

The Redhall Walled Garden provides a tiny glimpse into the future as a potential alternative to psychiatric hospitals, halfway houses, and the other oppressive forms of treatment that comprises the current status quo in most countries around the world. We can all learn from this alternative approach, and we should popularize aspects of this program just as we do the Soteria House and the Open Dialogue model. 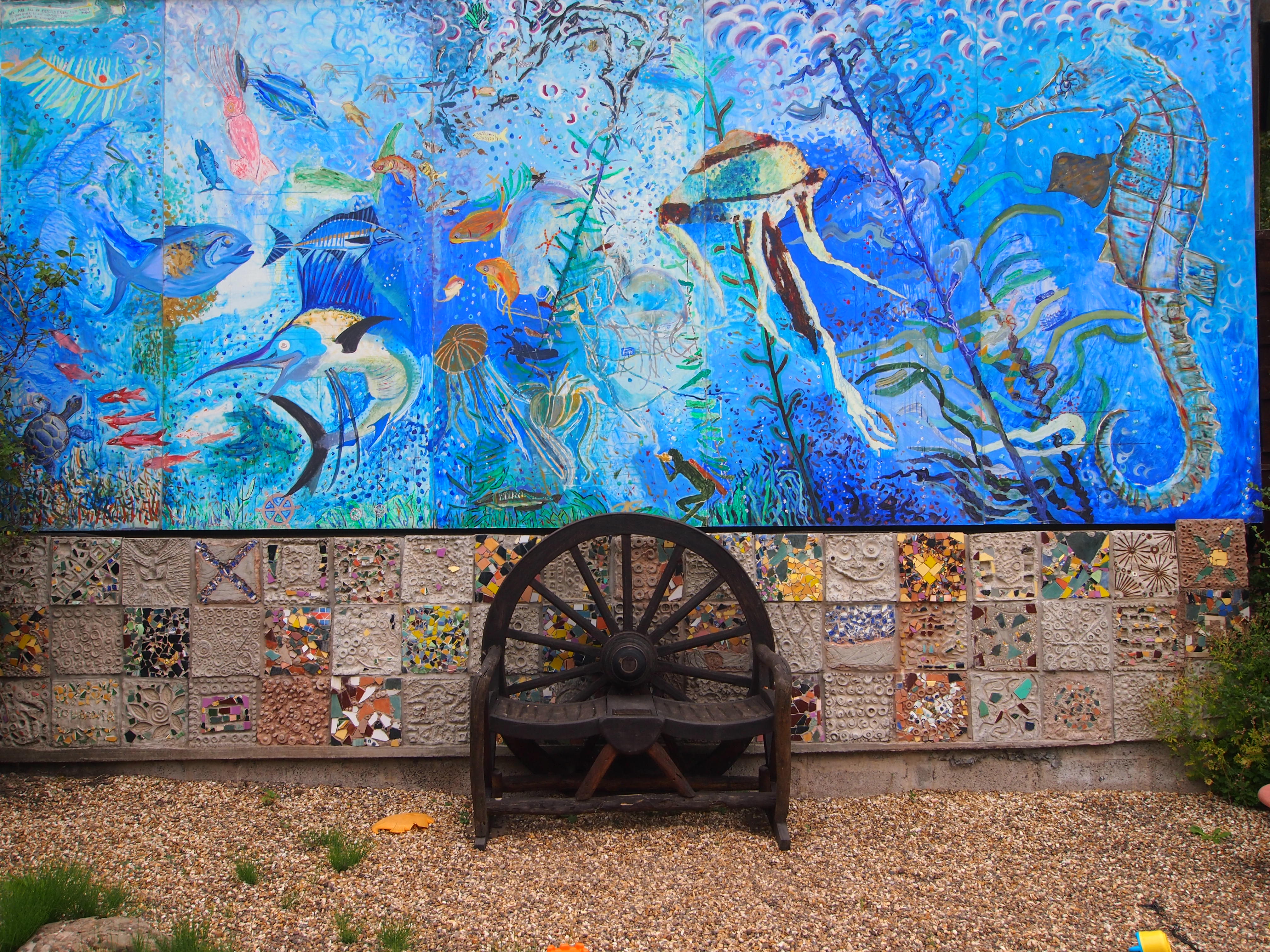 At the garden we were greeted by Jan Cameron who is one of the creative leaders and the current director of the program. She was a great host and promoter of more humane forms of support for people in the mental health system. This program receives its funding from SAMH (Scottish Association for Mental Health) but appears to have a high degree of autonomy while carrying out a clearly different and more cutting edge type mission than more mainstream treatment models. We were also greeted by Catherine and Gary, two program participants, who enthusiastically gave us a tour, describing in loving detail the heart and soul of the Redhall Walled Garden complex.

Both Chrys and I made this tour a bit difficult, especially for Catherine, because we were both deeply engaged in intense dialogue about the Mad in America website and the state of our movement. We each knew that we had only a relatively short time to discuss very important matters of program, strategy, and tactics. We were each very closely checking out the other for areas of common agreement and possible differences of viewpoints. We found ourselves rapidly naming off various MIA writers and frequent posters in the discussion section to test what level of unity and common critique we might have of their writings. Our enthusiasm seemed to elevate as we realized that we indeed do share a high degree of unity on the key questions facing our movement.

Chrys seemed particularly sensitive to the issue of patriarchal oppression, having experienced many forms of it over her lifetime. She seemed less concerned by the fact that I worked in the mental health system and was not a psychiatric survivor. I sensed I was being more evaluated by my attitudes towards women and on the issue of the importance of having women be represented in both our movement and in its leadership. I hope I passed muster because I do understand the importance of both psychiatric survivors as well as women playing a decisive role in this growing movement.

We both agreed that there needs to be more direct action against psychiatric oppression. We also agreed that a militant activist organization (perhaps in many countries) building this type of struggle is necessary and might be possible to build. We only briefly scratched the surface regarding core beliefs and a possible set of demands. There is urgent work to be done in this area of our movement.

Based on her writings I had a preconceived expectation of how Chrys might present to me, and I was not disappointed. There was not a pretentious bone in her body. The militant social activism and no nonsense approach of her writing came through in both her character and speaking style. The lilt of her Scottish working class accent and her fighting spirit symbolizes a legacy of a long history of Scottish struggle against oppression. And when Chrys was critical of someone’s views or behavior she was quick to say they were all “a bit daft.” My wife and I were dazzled by this exchange. Through our travels we had connected to the Scottish land and now we felt a powerful connection to the heart of the Scottish people.

There IS an international character to our movement. It is truly One World, One People and One Struggle. We traveled over 3000 miles across the ocean and met someone from another country whom we only knew through each other’s writings on a social media website. There was an immediate sense of camaraderie and a mutual feeling of unity of spirit and struggle. Our hatred of psychiatric oppression and our participation in the Mad in America blog had brought us together. It is clear that there needs to be even greater unity of purpose and action to actually achieve the type of world we both imagine is possible. LET’S DO IT!