On 29 March 1980 the British Medical Journal published a “Systematic Review of the Benzodiazepines” by the Committee on the Review of Medicines.” The review includes guidelines for data sheets covering ten benzodiazepine drugs, including diazepam, lorazepam and temazepam.

The committee did not consider the benzodiazepines to have antidepressant or analgesic properties and found them unsuitable for such disorders as depression and tension headaches. The committee took particular note of the lack of firm evidence of efficacy that might support the long-term use of benzodiazepines in insomnia and anxiety. There was little convincing evidence that benzodiazepines were efficacious in the treatment of anxiety after four months of continuous treatment. It suggested that an appropriate warning regarding long-term efficacy be included in the recommendations, particularly given the high proportion of patients receiving repeated prescriptions for extended periods of time.

The committee noted that reports had been published on the occurrence of adverse effects following abrupt cessation of benzodiazepine therapy.

However following an extensive review of all available data the committee conclude that on the presently available evidence the true addiction potential of benzodiazepines was low. The number dependent on the benzodiazepines in the UK from 1960 to 1977 has been estimated to be 28 persons.

The committee was particularly concerned, however with the question of withdrawal symptoms. It has been reported that symptoms included anxiety, apprehension, tremor, insomnia, nausea, and vomiting appear on abrupt withdrawal of benzodiazepine therapy. It also recommended that all benzodiazepine therapy unless given on an occasional basis only—be withdrawn gradually and that doses within the therapeutic are used wherever possible. It further suggested that patients receiving benzodiazepine therapy be carefully selected and monitored and that prescriptions be limited to short term use.

The report cites only two pieces of evidence to support its conclusions. The first was a press release about the US Institute of Medicine report on hypnotics but not the report itself, and the other was a book by a doctor.

From 1960 to 1977 the figure for prescriptions issued in the UK  for benzodiazepine drugs was over 300 million, and yet the CRM came up with the laughable figure of only 28 people were dependent on these drugs. Unbelievable.  Not only did the CRM report fudge these figures, but common sense also flew out of the window. If the Yellow Card System was supposedly taken into account for suspected adverse drug reactions by doctors.

Efficacy of treatment for anxiety was reported as 4 months only and yet in the UK we currently have more than 1 million long-term benzodiazepine prescribed drug addicts, prescribed outside the Guidelines and in a direct breach of the CRM Report and the 1988 Committee on Safety of Medicine Guidelines and compounded by a near complete lack of NHS dedicated withdrawal services and aftercare facilities for iatrogenic addiction. Here in Oldham we have one gentleman who has been prescribed and ingesting benzodiazepines for 46 years without a break; so much for a four-month efficacy decision or that prescriptions be limited to short term use !!

The CRM not only fudged the issue in favour of the drug companies and doctors, but their biased and cowardly actions have resulted in untold future suffering for millions of involuntary benzodiazepine drug addicts and their families. ‘ Profit before people.’

In December 1999 at Westminster Hall, London my former Member of Parliament Mr. Phil Woolas said, “The story of benzodiazepines is of awesome proportions and has been described as a national scandal. The impact is so significant that it is too big for Governments, regulatory authorities and the pharmaceutical authorities to address head on, so the scandal has been swept under the carpet.”

So by not meeting the problems head on or by reporting them, in a frank and common sense manner the CRM Report swept the scandal under the carpet.

34 years later it is rearing its ugly head by the following evidence and consequences:

“There were 372 drug-related deaths involving benzodiazepines in 2014. The mortality rate was 6.6 deaths per million population, an 8% increase from 2013 and the highest mortality rate since records began  in 1993.”

For evil to succeed good men have to do nothing. 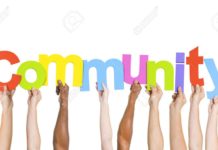 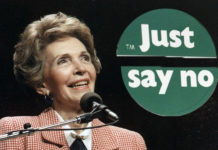 An American History of Addiction, Part 6: The Reagan Reaction 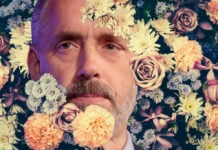