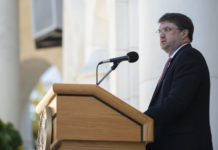 Bedlam: Public Media, Power, and the Fight for Narrative Justice