Psychologists are calling on their field to look more closely at racial injustice in the United States, particularly in relation to human rights violations in the criminal justice system. Psychologists for Social Responsibility (PsySR), a non-profit group that led the push to end American psychologists involvement in the CIA torture program, issued a statement this week alleging that degrading treatment and torture by US authorities is not limited to Guantanamo Bay. 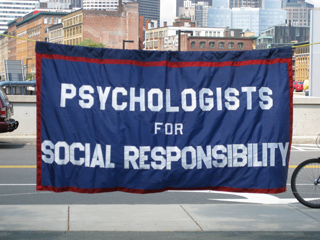 Below is an excerpt from the full statement, which is available here.

“Echoing the voices of the Black Lives Matter movement, PsySR is concerned with the staggering array of violent acts committed by public officials against individuals and communities of color within the United States. Acts constitute torture when they cause severe mental or physical pain or suffering and are intentionally inflicted by or under public authority for the purpose of obtaining a confession, punishing, intimidating or coercing, or for any other reason based on discrimination of any kind. Cruel, inhuman, or degrading treatment or punishment (CIDT) encompasses a broader range of exposure to substantial pain or suffering undertaken with the consent or acquiescence of public officials.

Torture, in its most immediately recognizable form, is manifest in actions such as those of Chicago police officers who, under the direction of Jon Burge, attached electric shock cables to African American suspects to gain false confessions. Far more frequent is the use of prolonged solitary confinement, a psychologically destructive practice that the United Nations Special Rapporteur on Torture has called on all nations to abolish.

Other significant human rights violations that could rise to the level of torture or CIDT, or may otherwise be linked to them, include police beatings and racially discriminatory killings, sexual assault, medical neglect, and abuses within prisons, jails, and detention centers. These traumatizing acts are often disproportionately waged on individuals and communities of color.”