ProPublica and The Washington Post have performed an investigation revealing that Medicare has failed to monitor the safety of the large quantities of drugs being prescribed to the elderly. “Searches through hundreds of millions of records turned up physicians such as the Miami psychiatrist who has given hundreds of elderly dementia patients the same antipsychotic, despite the government’s most serious ‘black box’ warning that it increases the risk of death.” 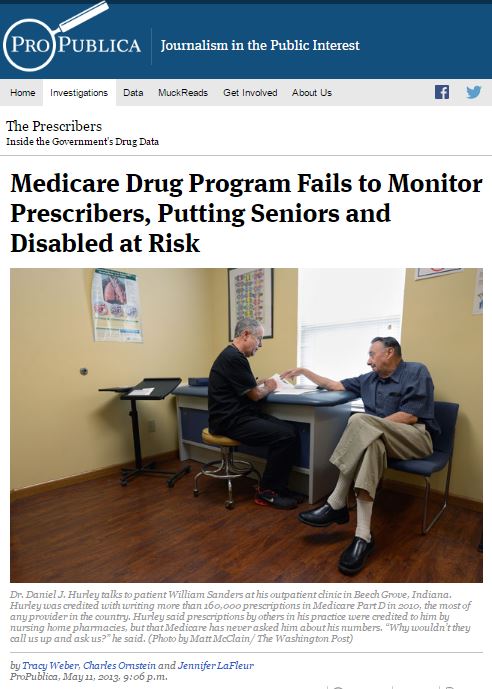