This week an FDA advisory panel decided to remove warnings of serious psychiatric side effects from the Chantix product label. “In making its recommendation, a US Food and Drug Administration advisory panel reviewed the results of a study that was released earlier this year and found that Chantix does not appear to increase the risk of suicidal behavior,” Ed Silverman reports for STAT. “An FDA medical review team had cast doubt on the study due to problems with collecting and analyzing side effect data as well as ties some investigators had to Pfizer.” 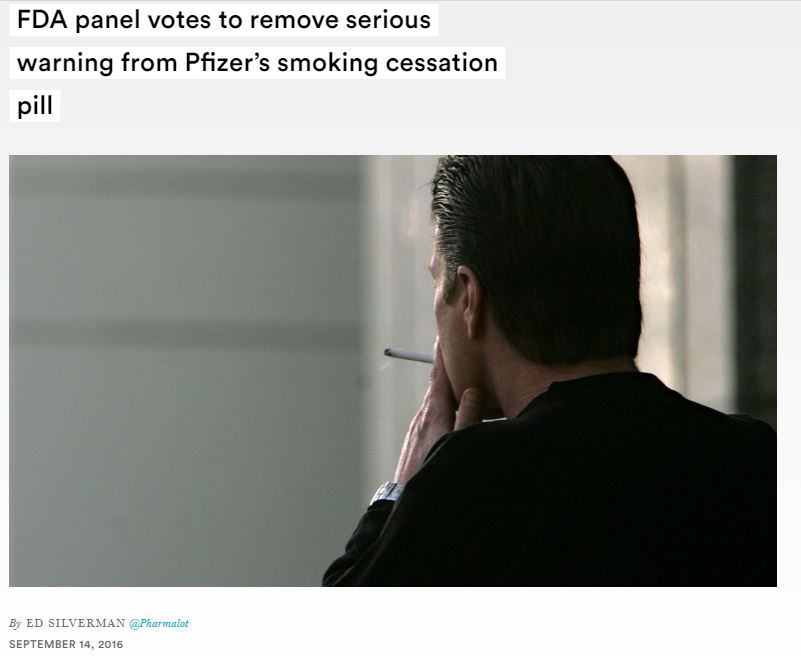