Emails from Hillary Clinton’s campaign, released by WikiLeaks last week, show that her campaign weighed whether or not to attack Robert Califf for being too tied to industry when he has appointed as commissioner of the FDA. “To what extent Clinton, if elected as president, might follow through remains to be seen,” Ed Silverman writes. “Anxiety over the rising cost of medicines is an issue that is unlikely to recede, but finding solutions will be challenging. Given her penchant for pragmatism, she may pick a fight or two, but war is another matter.” 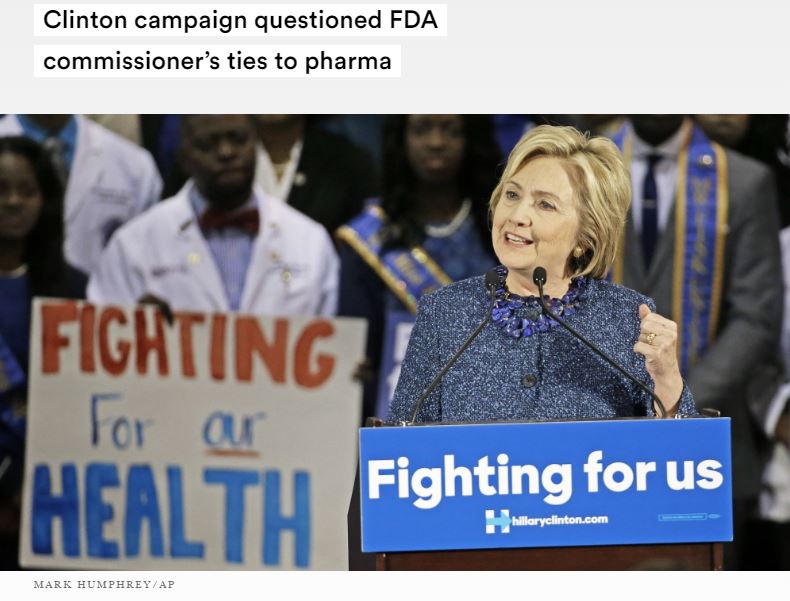 Was the FDA Commissioner Paid By Drug Makers Last Year?