On September 28, US Senator John McCain (R-AZ) introduced a bill in the Senate titled Veteran Overmedication Prevention Act (S. 3410).  This is a companion bill to HR 4640, Veteran Suicide Prevention Act introduced in the House by Congressman David Jolly (R-FL) earlier this year.  The objective of both bills is to combat suicide deaths by ensuring that accurate information is available on the relationship between suicides and prescription “medication”.  At the present time, 20 US veterans a day are dying by suicide.

In a September 28 press release, Senator McCain is quoted:

“‘Combatting this [suicide] epidemic will require the best research and understanding about the key causes of veteran suicide, including whether overmedication of drugs, such as opioid pain-killers, is a contributing factor in suicide-related deaths. This legislation would authorize an independent review of veterans who died of suicide or a drug overdose over the last five years to ensure doctors develop safe and effective treatment plans for their veteran patients. We have a long way to go to eradicate veteran suicide, but this legislation builds on important efforts to end the tragedy that continues to claim far too many lives far too soon.'”

Clearly in the press release there is an emphasis on opioid pain-killers, but the problem of psychiatric drugs is also addressed in the bill.  The bill mandates

“…a review of the deaths of all covered veterans who died by suicide during the five-year period ending on the date of the enactment of this Act.”

and the review shall include:

“(E) A comprehensive list of prescribed medications and legal or illegal substances as annotated on toxicology reports of covered veterans described in subparagraphs (A) through (C), specifically listing any medications that carried a black box warning, were prescribed for off-label use, were psychotropic, or carried warnings that included suicidal ideation.” [Emphasis added]

On March 2, 2016, Congressman Jolly issued a press release which contained the following:

“‘It is critical that we understand whether there is any impact of certain psychiatric drugs prescribed for issues like P.T.S.D., depression or traumatic brain injuries, on the decision of a veteran to take their own life,’ Jolly said. ‘With veterans dying by suicide at a heartbreaking rate, we need to take a hard look at all possible factors in order to help prevent these tragedies.’

Specifically, the Veteran Suicide Prevention Act would require the VA to record the total number of veterans who have died by suicide during the past five years, compile a comprehensive list of the medications prescribed to and found in the systems of such veterans at the time of their deaths, and report which Veterans Health Administration facilities have disproportionately high rates of psychiatric drug prescription and suicide among veterans treated at those facilities.  The VA would then be required to submit to Congress a publicly available report on the results of their review, along with their plan of action for improving the safety and well-being of veterans.”

The wording of the House Bill is essentially similar to that of the Senate Bill.

Psychiatric drugs are poisons.  They poison the brains and other organs of those who take them.  In some cases, the adverse effects are slow, often taking years, or even decades, to become obvious.  But in certain cases, the poisoning is rapid and catastrophic.  The facts of this matter have been systematically suppressed by psychiatry, and by their pharmaceutical allies, for decades.

This great lie, this monumental hoax, is the soft underbelly of psychiatry.  And it is on this great lie that their self-serving drug-pushing empire will ultimately crumble.  The bills introduced by Sen. McCain and Rep. Jolly have the potential to begin this process.

I think we can be reasonably certain that at this time, psychiatry and pharma are leaving no stone unturned in their efforts to kill these companion bills.  Skids are being greased with ill-gotten largesse; favors are being called in; lawmakers in vulnerable seats are being canvassed by pharma’s check-writers; and so on.  Every effort that money can buy is being used to kill or gut these bills.

So please, if you live in the US, write to your legislators (Senate and House), and ask them to support these bills.

Also, please consider writing to Senator McCain and Congressman Jolly, thanking them for this initiative and outlining its importance. 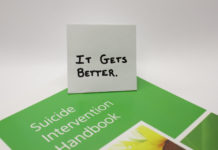