“This study is—at least to our knowledge—the first that systematically assessed the extent and nature of reporting of financial and non-financial COI in systematic reviews of psychological therapies, and that investigated how often these conflicts are disclosed, and whether they may lead to spin in review conclusions.”

Findings demonstrate that the allegiance of researchers to a specific psychotherapy modality (e.g. psychoanalysis, cognitive-behavioral therapy, etc.) is strongly connected to outcomes proclaiming the same modality as superior to or equally effective to alternative modalities. Despite the fact that this represents a non-financial COI, such researcher allegiances become intertwined with financial incentives. Once a specific modality is deemed efficacious, the task of promoting the approach, obtaining patents, implementing treatment guidelines and incorporating it into trainings becomes much simpler, and provides clear benefits to those with direct allegiance.

“Although psychologists may mostly judge themselves as free of financial COI, however, researcher allegiance, as well as the inclusion of own studies into a review (which we both rated as non-financial COI), may well lead to financial gains indirectly.”

Dr. Klaus Lieb and researchers conducted a systematic review of psychotherapy literature published over the course of 3 years to investigate the prevalence and disclosure of non-financial COI, the presence of researcher allegiance, as well as whether or not such COI influenced the way findings were reported. All 95 articles examined were systemic reviews or meta-analyses of randomized control trials (RCT) on psychological therapies used to treat patients diagnosed with anxiety disorders, major personality disorders, and/or major depressive disorder in adults. Additional inclusion criteria were that reviews were in English, featured at least one randomized study, and incorporated active control groups which received either alternative modalities of psychological therapy or pharmacological interventions.

The following are the results of this review:

These findings underscore the prevalence of COI demanding greater transparency and management in psychotherapy research. Various shortcomings, such as limitations regarding the ability to generalize data to diagnoses not listed in these reviews, or to generalize to time periods extending beyond the timespan of this study, are important to consider.

However, it may be the case that instances of COI were underrepresented resulting from the quality of journal reporting standards limiting the researchers’ ability to accurately identify all COI. Similarly, the researchers conducting this study only investigated disclosed COI, and did not investigate which review authors were associated with evaluation and interpretation of studies addressing different types of interventions.

The researchers call attention to the context and policies which influence the likelihood of authors reporting COI. Many journals do not request this disclosure, perpetuating the common misconception that non-financial COI is insignificant, a notion which ultimately fails to capture the risk involved when researcher allegiance results in the misrepresentation of findings.

Unlike in pharmacotherapy research, where researchers can choose to switch to studying a different drug if one proves not to be effective, psychotherapist researchers are often committed to a certain orientation through personal training and background. “Therefore, researcher allegiance might be present in primary studies in any case to some extent, but needs to be carefully declared in systematic reviews,” write the researchers.

Lieb and researchers point out the responsibility held by psychotherapy journals to clearly define non-financial COI, request this information from authors, and highlight the risks associated with researcher alliance and the inclusion of researchers’ own primary studies into review articles.

Current beliefs about COI not only fail to include non-financial COI, but overlook personal COI that occur outside of researcher relationships to pharmaceutical companies. As this study demonstrates, personal and non-financial COI significantly impact how results are reported.

“If spin effects of non-financial COI in psychotherapy outcome research are confirmed in further studies, journals should do more than simply providing transparency of COI in order to better manage the impact of COI on research outcomes and publications. Strategies to mitigate biases may include the detection and removal of spin at the editorial stage, using independent authors and reviewers interpreting the findings of meta-analyses, the rejection of systematic reviews that demonstrate selective citation biases, and providing free access to all data of systematic reviews to ensure that systematic reviews can be more easily replicated.” 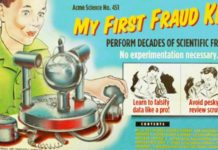 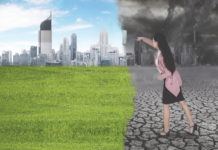 Stop Saying This, Part Four: Does Time Heal All Wounds?