A new study published in BMC Medicine supports the effectiveness of a healthy diet intervention for relief of depressive symptoms. Participants with depression who received a dietary change intervention experienced significantly more relief from their symptoms than those who received a social support intervention.

According to the authors, “Diets higher in plant foods, such as vegetables, fruits, legumes and whole grains, and lean proteins, including fish [known as the Mediterranean diet], are associated with a reduced risk for depression, whilst dietary patterns that include more processed food and sugary products are associated with an increased risk of depression.” 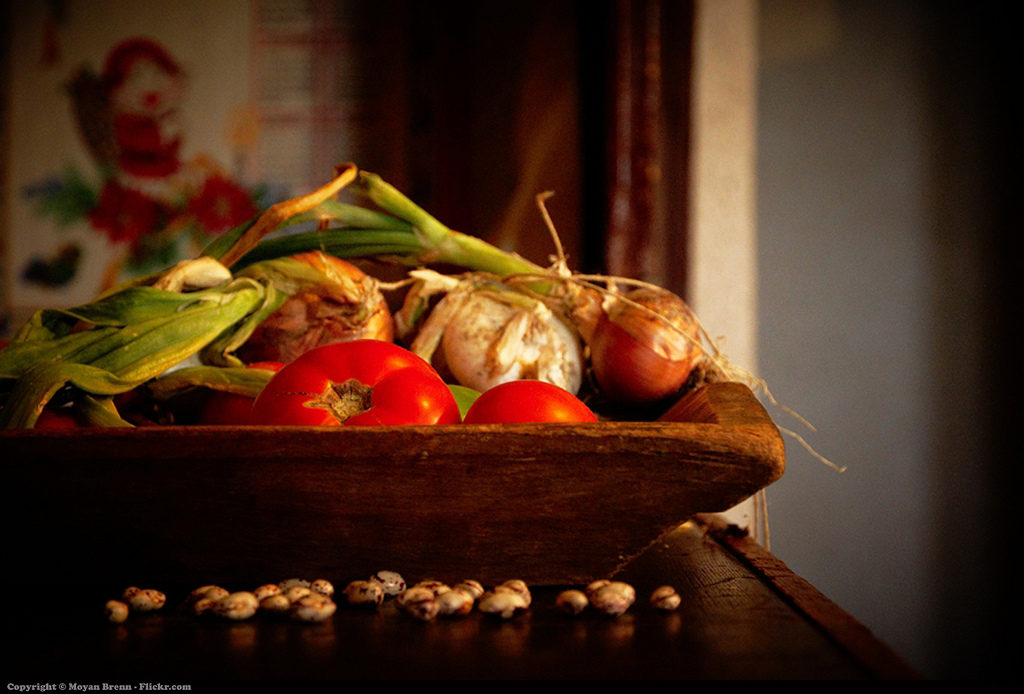 Observational studies have demonstrated that those who adhere to the Mediterranean diet have a lower risk for depressive symptoms. However, since observational studies cannot randomize participants or include a control group, previous research could not rule out confounding factors such as reverse causation (i.e. people without depressive symptoms may be more likely to choose a healthier diet).

The researchers involved in the current study wanted to rule out such alternate explanations, so the current study was designed as a randomized, controlled trial—the gold standard of experimental research. Called the SMILES trial, (Supporting the Modification of Lifestyle In Lowered Emotional States), it included 67 participants diagnosed with moderate to severe depression. Almost all participants were already receiving either psychological or pharmacological treatment, which they continued throughout this study. All participants began the trial with unhealthy diets—high in processed food and sugars, and low in fruits, vegetables, and healthy protein.

The participants were randomized to either a dietary intervention or a social support control group. In the intervention group, participants received personalized care from a clinical dietician, focused on adherence to a modified Mediterranean diet. To control for factors such as therapeutic support and expectation of success the control group included consistent “befriending” meetings, which would provide support and a rationale for success, but did not contain the diet change element or the common factors of psychotherapy.

After 12 weeks of the intervention, the dietary change participants scored, on average, 7.1 points lower than the control group on the 60 point MADRS (Montgomery–Åsberg Depression Rating Scale). A third of those in the dietary support group experienced remission of symptoms (scoring less than ten on the MADRS), compared to only 8.0% of the control group. The changes were independent of BMI, smoking, exercise, and self-efficacy.

Number-Needed-to-Treat (NNT) is one way of comparing interventions, measuring how many people must receive the intervention for one person to experience remission of symptoms. The NNT of this intervention was 4.1 (1 person experiences remission for every four who get the treatment), which compares very favorably to other augmentation strategies for people whose depression does not resolve after initial treatment.

For instance, one popular option involves adding a second-generation antipsychotic medication on top of antidepressant treatment. This option is controversial, with some treatment guidelines noting that it creates a dangerously heavy side-effect burden and has limited evidence of efficacy. Patients usually experience only slight symptom reduction, which may not improve the quality of life. A recent meta-analysis found that this strategy (for Abilify, Seroquel, and Risperdal) carries an NNT of 9. Another augmentation plan is electro-convulsive therapy (ECT), which is extremely costly (US $10,000 to $15,000 for a course of 10 sessions) and carries the potential for adverse effects such as memory loss and other cognitive impairment, as well as cardiovascular damage. One study found the NNT for this treatment to be 5.

Nutritional interventions for mental health concerns have been growing in popularity, with recent studies identifying a promising vitamin treatment for the symptoms of schizophrenia as well as a dietary intervention for “postpartum blues” that could serve to reduce antidepressant prescriptions for new mothers.

The researchers do address the concern that eating a healthier diet could be more expensive, which could limit this intervention’s applicability across socioeconomic strata. In their analysis, the recommended diet was cheaper than the unhealthy diet—although the study was conducted in Australia, so grocery pricing may not be comparable to other countries. However, augmentation with additional psychopharmaceuticals also carries a significant financial burden on both the individual and on insurance systems.

It is unclear if the dietary change intervention would be as successful with people with depressive symptoms whose diet was already reasonably healthy. However, healthy eating is associated with many aspects of mental and physical health—this intervention is likely to increase health in many ways. This treatment also has no real adverse effects, so there is little reason not to prescribe it.

With increasing evidence that dietary health impacts mood as well as physical health, such an intervention could provide a safer, more effective alternative to antipsychotic augmentation or ECT. Although the authors say that more research is warranted to clarify the specific mechanisms of change, they comment that clinicians should discuss the benefits of nutrition with their patients and facilitate access to dietary services as part of effective treatment for mental health concerns.