From Discover Magazine: Some children’s symptoms of psychiatric disorders, including OCD, psychosis, and eating disorders, are caused by an autoimmune response to infections resulting in brain inflammation.

“PANS is thought to be an inflammatory condition that results when an infection or some other invasive trigger spurs the body to turn on itself and attack structures in the brain. For years, scientists had focused on a single infection — group A streptococcal disease — that produced antibodies that attacked the part of the forebrain involved in forming habits, resulting in OCD. Today, the paradigm has widened into a much bigger idea that expands our understanding of psychiatric disease: A whole host of infections and other unknown triggers lead to the production of antibodies and immune cells that can cross into the brain. Depending on where these immune responses land and which brain structures they block, erode or destroy, a range of psychiatric ills can result. In one person, it could be OCD; in the next, it could be hyperactivity and inattention, anxiety, restricted eating, even hallucinations or autistic behavior.

When these symptoms are caused by immune disorders, standard psychiatric therapies that balance neurotransmitters are unlikely to work alone. Instead, immune therapies are the first line of treatment. At Stanford and elsewhere, the hunt is on for treatment cocktails that quell the inflammation and new strategies to keep a rogue immune system at bay.” 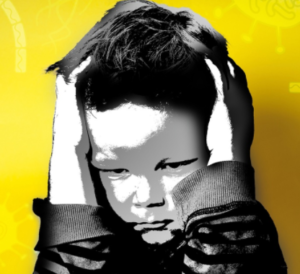