The way we conduct our emotional lives and relate to one another as partners and family members has a bearing on the health or ill-health of our immune systems. Just like viruses,  emotions are contagious. Partners “catch” each other’s stress and there are adverse health implications. The good news is that partners also “catch” each other’s happiness. Cooped up at home to protect against the transmission of COVID-19, shared humor and goodwill gestures will not only help avert the outbreak of a parallel pandemic—more strife in family life—but also keep our immune systems well-toned.

Under normal circumstances, family life in America is a “fire shower of stress, multi-tasking, and mutual nitpicking,” according to journalist Benedict Carey, covering the results of a 4-year-long UCLA observational study of 32 urban families for the New York Times.  A survey funded by Sleepopolis a few years back discovered that kids have an eye-popping 4,200 arguments with their parents before they turn 18, averaging 14 minutes long, with parents “winning” upwards of 60 percent of the time. I’m assuming “winning” meant parents successfully cajoling their kids to complete household chores, clean up bedrooms and shared spaces, and finish homework—the most common reasons for disagreements.

In the weeks and months ahead, parents won’t just be overseeing kids’ homework but their entire remote-school learning experience. Schools in the majority of states across the country have shuttered their doors, leaving in excess of 43 million kids in grades K-12 housebound. Tim Robinson, a media-relations specialist for Seattle Public Schools, went on record recently: “Our goal is to keep the students from going into summer slide.” Truth be told, the burden will likely fall on parents to avert kids from losing the acquired school knowledge, similar to what typically happens over summer break. Aggravating the friction parents will face sheep-dogging their offspring to stay on task and produce quality work is the trend for school districts to adopt a no-grading policy for online assignments during the COVID-19 crisis. We’d like to think that all children are innately curious and intrinsically motivated to learn, independent of earning grades. Ask any parent, though, and without the built-in accountability a grade provides, may kids opt for rushing through their work—appearing smugly satisfied with its inferior quality—so they can hit the videogames sooner.

A perfect storm is in the making. Kids rushing through their schoolwork to maximize their videogame time and parents feeling hamstrung—capitulating when they know they shouldn’t because their own job responsibilities working remotely from home leave them, understandably, otherwise preoccupied. A few weeks ago nearly 75 million residents of California, Illinois, Connecticut, and New York were ordered to sequester themselves at home. Simultaneously, videogame play during Verizon’s peak hour of internet usage increased 75 percent from the week before. Being lax about videogame usage may be an unavoidable stop-gap measure parents are resorting to. But it’s a ploy that’s unsustainable, because data indicate that most parents are deeply concerned about the risks posed to their kids while playing videogames—94 percent, in fact, according to a McAfee study.  The conditions are ripe for one of the most unpleasant altercations many parents have faced, including myself: yanking the X-Box plug out of the wall, puffed-up and red-faced in a state of utter exasperation after numerous warnings to end a videogame go unheeded by an equally resentful kid!

How are we to stay sane during these insane times? “Train like an astronaut,” claims NASA Jet Propulsion Laboratory Public Engagement Specialist Rachel Zimmerman-Brachman. On her Facebook page, she shrewdly draws a comparison between the confined spaces in which astronauts live and work and our current COVID-19 predicament: “Attitude is everything: I’m on an adventure in a confined space with a small crew for a long duration mission, with occasional spacewalks and resupply missions. Sounds like astronaut training to me.”  Turns out that one of the key traits NASA is selecting for in the next generation of astronauts, beyond the requisite background in science and stable mental and physical health, is a sense of humor. Jeffrey Johnson, Professor of Anthropology at the University of Florida, Gainesville, advises NASA’s Human Exploration Research Analog on optimal group dynamics to be adopted by teams of astronauts on any future mission to Mars. He recently told a gathering of scientists: “Groups work best when someone takes on the role of class clown. These are the people that have the ability to pull everyone together, bridge gaps when tensions appear and really boost morale.”

This brings to mind a humorous exchange I had with my 21-year-old son a few days ago. Forlorn and on-edge at home due to his study abroad program being cut short, he had self-quarantined in his room to finish up college coursework online and hone his FIFA video-gaming skills. I was lowering my stress by doing sit-ups in a make-shift workout space in my bedroom. He meandered in and insisted that sit-ups were “old school,” and that planks would give me “killer abs.” He promptly threw himself to the ground and demonstrated a proper plank. I wryly remarked: “Planks look easy to me. Are you going all Millennial on me with that overconfidence thing: wanting big benefits from little work?” I launched myself into a perfect plank position—for 45 seconds.  My son replied: “Dad, you’re such a Boomer, you are supposed to hold that position for at least two minutes!” We both laughed uproariously.

Shared laughter is a marker of relationship well-being. Laura Kurtz and Sara Algoe, social scientists at the University of North Carolina at Chapel Hill, coded video-recorded conversations between intimate partners about how they first met. More shared laughter noticed during this task was a strong predictor of a couple’s relationship quality, closeness, and social support. Laughter also strengthens our immune system. This is highly relevant given our need to secure any control we can muster, no matter how small, over the viral threat we collectively face. Lee Berk of Loma Linda University in California drew blood samples before and after people watched a humorous video. Upon analyzing the data, he found that laughter releases a cocktail of immune-system boosting chemicals—NK cells and immunoglobin levels in particular—that last as long as 12 hours.

The health implications of intimate partners treating each other well or poorly are well documented. Decades of research by Janice Kiecolt-Glaser and colleagues at Ohio State College of Medicine, looking at newlyweds and older couples, reveals that hostile behavior—sarcasm, disgust, eye-rolling, snarky tone of voice—contributes to poorer immune responses in both parties. After being administered nasal drops to a rhinovirus or influenza virus and quarantined for signs of illness, researchers at Carnegie Mellon University found, people who exhibited a positive emotional style—lively, calm, and happy—were less likely to get sick.

The take-home message: Now is not the time for family members to be nursing old hurts or believe the all-too-common delusion we all periodically fall prey to—you can get, without giving, when it comes to goodwill.  Gestures of decency, gratitude and appreciation will need to prevail.

One of the greatest gifts parents can bestow upon their children is a loving partnership. It serves as a model for them to draw upon when they come of age; it also frees them from having to worry about the state of their parents’ relationship during worrisome times. Enacting this love can be perfectly ordinary, as in sharing positive moments, like swapping stories at the end of a workday, laughing together, watching TV shows that are mutually enjoyable, saying please and thank-you, and expressing affection through hugs, holding hands, and kissing. Courtney Walsh at the University of Texas, Austin, refers to this as building “emotional capital.” Because “bad is stronger than good,” a steady accumulation of such gestures on any given day or week lessens the impact of the distress caused by conflicts when they inevitably occur. There’s even a metric for this. John Gottman, a leading marriage scholar, figured out that five kind gestures are necessary to undo the emotional harm caused by one unkind act. Curiously, Gottman’s marriage lab has also shown that with antagonistic spouses, the task is not to get them to feel a positivity they don’t possess; it’s to foster acknowledgment of a positivity that is already there but stubbornly denied expression. When observed in the lab, unhappily married couples ignored 50 percent of their partner’s actual kind and considerate gestures.

Oddly, it takes courage to act on genuine feelings of affection and appreciation. It also takes courage to apologize and forgive. Humans are prideful creatures. Often we marinate in hurt and angry feelings when a big part of us knows that relief from a sincere apology is our best shot at resolution. We buy into the fallacy that “love means never having to say you’re sorry.” An apologetic mindset requires that we see ourselves as fallible beings, capable of thoughtless acts. The apology guru, Harriet Lerner, reminds us: “To offer a serious apology, you need the inner strength to allow yourself to feel vulnerable. You need to be in touch with both your competence and your limitations.” Telling yourself that your bad behavior does not cancel out your overall goodness as a person helps.

For a sincere apology to have any chance of restoring emotional equilibrium to a relationship, the focus has to be on one’s own behavior and its hurtful effects, not the other person’s reactions: “I’m sorry I completely lost my temper and yelled at you. I know it scared you and I feel bad about that.” It’s the feeling bad part—the conveyed guilt and shame—that opens the door for forgiveness. Now that the offended party knows you feel bad, there is a “redistribution of pain,” in the words of Herant Katchadourian, professor emeritus of psychiatry and human biology at Stanford University. In a sense, the harmed person now feels good because you feel bad. The offender’s emotional pain signals “I’m painfully aware of the pain I caused you,” and the harmed person has an opening to let go of any feelings of resentment. The wellness coach Elizabeth Anne Scott captures the flavor of a good apology: “Apologies re-establish dignity for those you hurt.”

To be sure, the stay-at-home orders issued state by state are upending the economy, leaving many Americans worrying about smaller paychecks and employment cutbacks. An analysis by Moody’s Analytics claimed that nearly 80 million U.S. jobs are at risk to some degree. Still, somehow, off and on, we will need to force ourselves to quarantine our well-founded fears and listen for those existential voices in our head calling us to prioritize treating those we love, lovingly. And, for the time being, heed the warning of Joseph Grand, arguably the only heroic figure in Albert Camus’ dystopian novel, The Plague: “You get married. You go on loving a bit longer, you work. And you work so hard it makes you forget to love.” 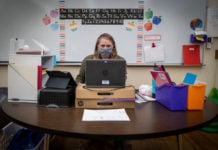 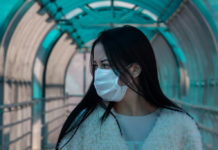