From The Daily Beast: A newly released Government Accountability Office report found that 62 percent of military servicemembers who were discharged for misconduct between 2011 and 2015 suffered from mental health conditions such as post-traumatic stress disorder or a traumatic brain injury. These veterans are now unable to receive benefits, including treatment from the Department of Veterans Affairs, due to their dishonorable discharge. 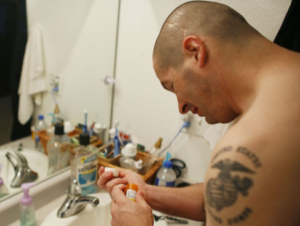