From Aeon: The World Health Organization (WHO) recently issued new guidelines requiring diseases to be named for generic descriptive terms, instead of regional or politically inspired names that could lead to stigma and scapegoating. Critics of the new guidelines say this could lead us to ignore the social and political factors that cause disease.

“Another group of critics attacked the whole ethos of the WHO’s undertaking, arguing that you can’t depoliticise disease names because diseases are themselves political. Zoonoses – human infections of animal origin – have been emerging with increasing frequency in recent decades, indeed this is one reason that the WHO issued its guidelines when it did. The explosion in the global population has meant that people are encroaching on new ecosystems and coming into contact with novel pathogens. But the effects of that human expansion, critics say, have been exacerbated by neoliberalism – an ideology whose guiding principles are competition and minimal state intervention.” 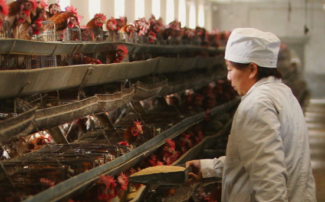